Indian expressions are colourful, varied, and altogether delightful. Most have their roots in the Hindi language, which is spoken by 43% of India’s population — and those are just the verbal expressions. Paired with the unmistakable accent, you would immediately recognise someone from South Asia.

Indians are also known for their unique non-verbal gestures. You probably know that placing your palms together at the chest goes with the greeting “Namaste.” Or the famous head nod that’s almost a wobble, meaning anything from “yes” or “no” to “good” or “understood”.

There are over a million international students from India around the world, which means you are bound to bump into a few on your own study abroad journey. Learning these basic Indian expressions will help you better understand your new friends; it shows them you want to get to know their language and culture. Luckily, Indians love to share and naturally warm up to those who show a genuine interest.

After all, isn’t meeting new people half the fun of the university experience? By equipping yourself with basic knowledge on different people, you are preparing yourself for more fruitful interactions with them. With that in mind, here are some useful Indian expressions to know as a student abroad. 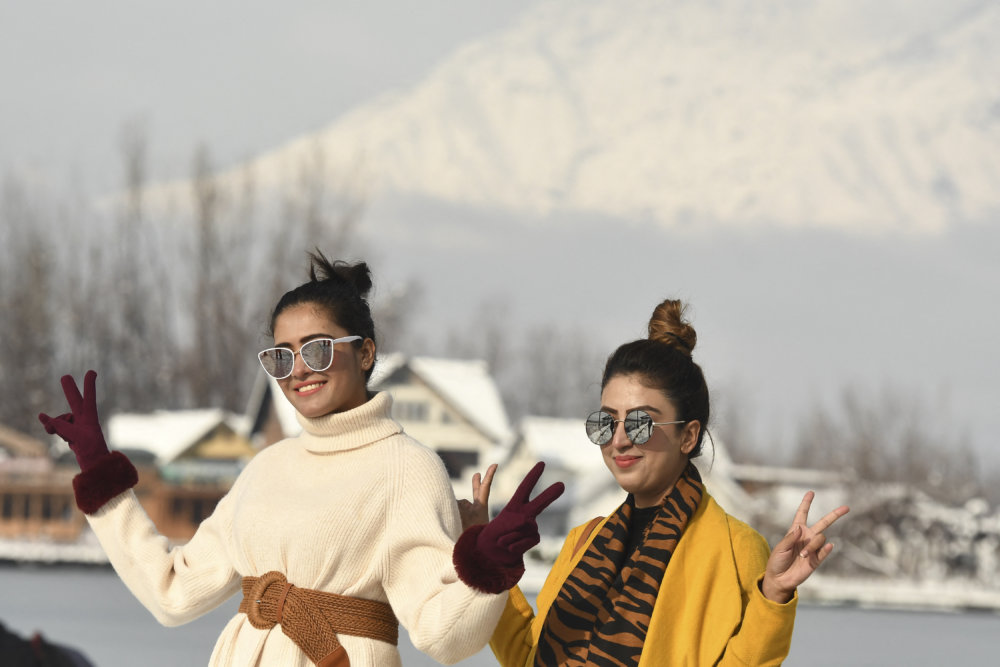 Not to be confused with pyaar (love), yaar is probably one of the most popular Indian expressions you’ll hear in everyday conversation. It’s Hindi slang for “friend”, which is useful for keeping the mood light and friendly. Use it any way, from “Hey, yaar!” all the way to “How was your presentation, yaar?”

Useful for introductions, this is how you say “My name is…” in Hindi. It’s a sure way to delight the Indian students and teachers you meet; tell them your name, and ask for theirs. “Mera naam Paul. Aapaka naam kya hai?”

There are many ways to express agreement in Hindi, but this word for “good” tops the list. It can also mean “I see”, “really?” or “okay”. It can even convey joy, depending on how and when you say it. Possible uses include “Achaa, this paper is good to go” or “You got this textbook on discount? Achaa!” Alternatively, use “thik hain” to communicate agreement.

When something is “mast”, it is way better than just “achcha” — it’s awesome. This term can be used to describe a great meal you just had downtown or the latest Marvel movie. It is commonly used as a response when someone asks your opinion on something specific.

Hindi for “how”, you’ll hear this word a lot in the quick back-and-forth of your Indian friends. There’s also “kyon,” which means “why”. Check in with a quick “Kaise hain?” if you’d like to ask how your friend is doing.

This is a simple, brief way to say “that’s it” or “that’s all”. “Bas, we’re done with exams” would be a sign of cheer and relief while “Bas, I’m leaving the team” could spell bad news for your group assignment. The power of this term lies in its sharp finality.

It’s the Hindi “hey” and it is just as versatile. Like many other Indian terms, the meaning of this term changes depending on one’s tone. According to Matador Network: When used in a higher tone, it expresses surprise. In a lower tone, it conveys exasperation. Said neutrally, it’s used to get attention.

Respecting elders and teachers are an essential part of Indian culture, as you will discover with the suffix “ji”. It is added at the end of names (Aunty ji) or sentences (“Will that be all, ji?”), and may even be used sarcastically among friends.

Literally, it means “will walk” or “will go”. Yet the application of this term is wide; you could even use it with one of the many other Indian expressions above. For example, to reply to the question “Shall we have dinner before the group meeting?” you could say “Haan, (yes) chalega.”

It even stands by itself as a question. If someone asks you “Chalega?” it probably means they are seeking your agreement or approval about the matter being discussed. They’re essentially asking “Will this work?”

Think of this as the Hindi equivalent to “Oh my God” — suitably relaying surprise or disbelief. It literally translates to “Oh father, father!”. “Baap re Baap! How could we miss this deadline?” is something we hope you never have to say or hear.

Why this Indian graduate wants you to eat your straws

From Pichai to Kapoor: Famous Indian celebrities who studied abroad