This INSEAD graduate is improving internet access for underprivileged communities

If there is one thing the coronavirus has exposed, it’s the stark digital divide prevalent in our world. In 2021, the UN found that an estimated 37% of the global population have never used the internet despite our rising dependence on it. That’s nearly three billion people who can’t access urgent information, news, and direction on how to tackle the effects of the pandemic and how to take care of their health.

Despite this, few are willing to rise to the challenge of increasing accessibility to the internet in rural communities, especially those in developing countries. Kacific Broadband Satellites Group, however, is one of the few companies that’s working on making the internet more accessible to the masses.

Founded by Christian Patouraux, his experience as a business development consultant in satellite connectivity meant that he had deep insights into the sector. He wanted to use that knowledge to address the large demand for connectivity in rural areas of developing countries.

Making accessibility to the internet a right, not a privilege

Since then, Kacific has made leaps and bounds in making accessibility to the internet not only a privilege, but a right.

In the wake of COVID-19, Kacific increased its presence in schools, hospitals and remote communities across Indonesia, the Philippines, Vanuatu, Timor-Leste, Tuvalu, among others.

In these countries, patients can now be treated at rural clinics instead of congested central hospitals, students can pursue further studies remotely from their villages, and communities have access to better resources on gender equality and family planning.

It’s this that has won Kacific the Business as a Force for Good Award propagated by INSEAD, the very institution that gave Patouraux the confidence to bring his aspirations to life.

“Before INSEAD I had pursued an engineering career,” he shares. “The INSEAD education was a wonderful way for me to fill all the knowledge gaps I had on the commercial and financial side and even prepared me to lead teams and eventually a company.”

We speak to Patouraux about his journey to increase accessibility to the internet, the pushback he received, and how his education has helped shape his career. 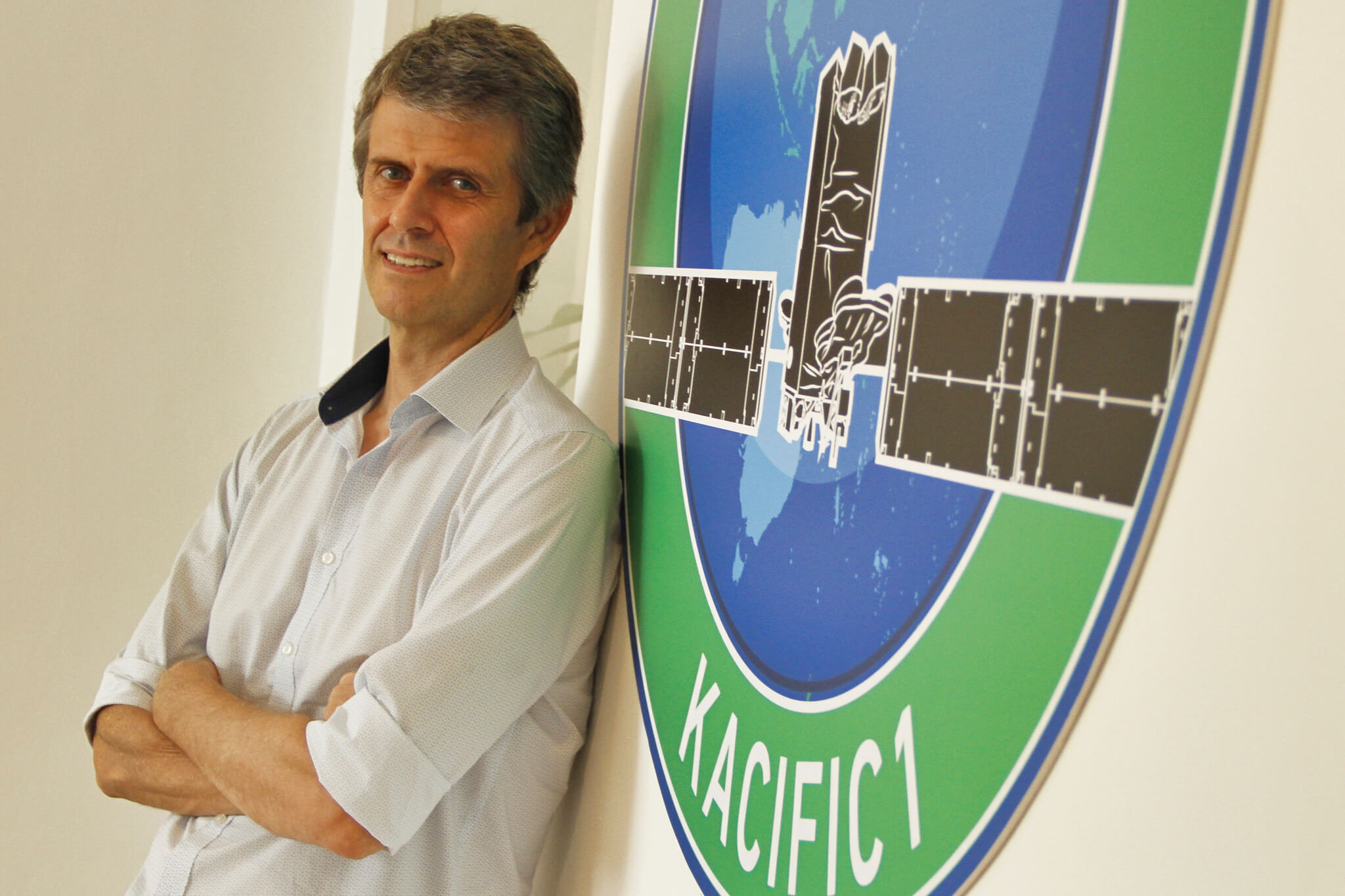 Patouraux worked as an engineer but was determined to address the digital gap he found in rural communities. Source: Christian Patouraux

What motivated you to create your company/startup? Describe the gap you were aiming to fill.

I had been a business development consultant in satellite connectivity, and it allowed me to gather a deep knowledge in that sector. I wanted to use that knowledge to address the large demand for connectivity in rural areas of developing countries by using the capabilities of new generations of broadband satellites that I knew existed.

I was frustrated that despite what, to me, was an obvious business case, no company was considering it.  I felt that a huge amount of fundamental value could be brought to these markets by building up this connectivity infrastructure.

How did your project begin?

I had this idea brewing in my mind for about six to 12 months in 2012-13. I talked to some people about it, but it did not seem to resonate with them.

Then I had a bicycle ride on the Singapore East Coast with a good friend of mine in April 2013. This friend manages a small private equity fund.

During that ride, he got interested when I spoke about the idea of a satellite operator venture and he asked me to get deeper into the idea with a few slides. When I showed him the slides, he immediately called me and said I had to get this going. It gave me the guts to start it.

What challenges did you face in bringing your project to life?

The amount of money required to get it going. We had to raise more than US$200 million to launch a satellite in space. It was a massive challenge. But we tackled it progressively by snowballing the project by signing future service contracts, securing regulatory approvals and reaching other intermediate milestones. It took us six and a half years to fully finance the project and launch the satellite in space.

What impact has your company/startup made on surrounding communities?

We have significantly impacted the communities that use our service. By connecting hundreds of rural schools to the internet, we contribute every day to the education of more than 10,000 students; by connecting rural clinics and hospitals, we currently contribute to saving approximately 3,000 patient lives every year.

We also help connecting emergency responders and, as our service includes coverage of a large part of the disaster zone called “the ring of fire”, our service regularly contributes to disaster recovery operations after tropical cyclones, landslides, earthquakes, volcanic eruptions or tsunamis in Southeast Asia and in the Pacific. The success is, I believe, because we are serving fundamental needs in high volumes with low cost – a challenging business model that few have succeeded with. 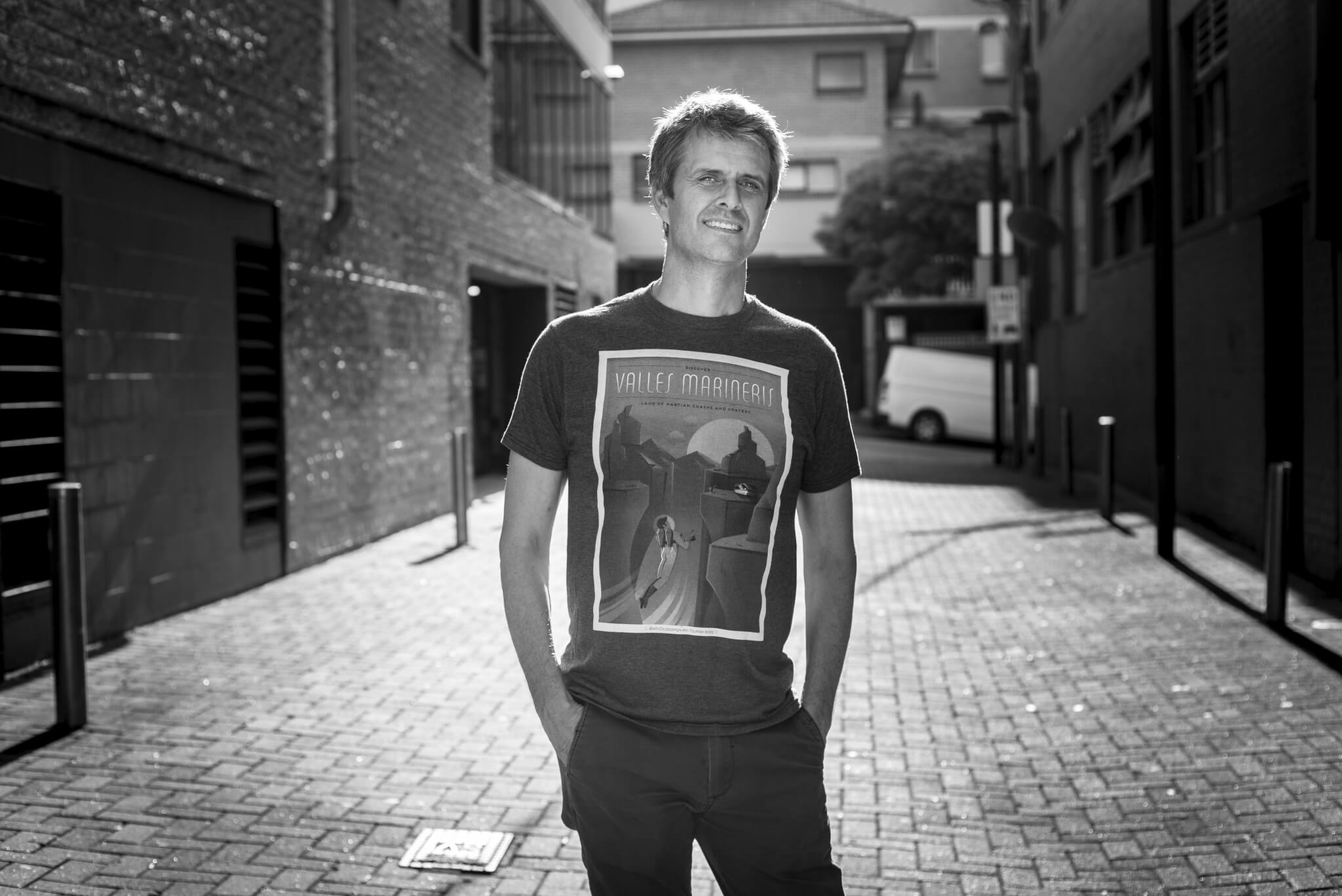 “It is so important to our company that we even went to the extent of pasting a huge ‘Business As a Force for Good’ sticker on the rocket that took our satellite to space,” said Patouraux. Source: Christian Patouraux

Why is “Business as a Force for Good” important to you?

BAFG is one of the fundamental values that our company pastes on its walls. It is so important to our company that we even went to the extent of pasting a huge 1.5m by 1m “Business As a Force for Good” sticker on the fairing of the 70m rocket that took our satellite to space in December 2019.

We strongly believe in bringing value addressing fundamental societal needs to the people using our service, making us a public service that is hard to live without. But we also believe that this must be brought in the form of a commercial profit-making service as it provides sustainability and ability to scale up, bringing out the good, positive and impactful side of capital markets.

Describe your experience in applying for the BAFG Awards. What advice would you give future applicants?

Hence the advice we would have for applicants is: a) don’t apply unless you find it obvious for you to apply, b) unless you are at ease pasting “Business As a Force for Good” front and centre in your company lobby or … conspicuously at the top of a rocket launch. For us, it is more than an award, it is being part of a group of ventures for which the first thing the founder thought about when he started the venture.

How has your education at INSEAD helped you bring your project to life?

Before INSEAD I had pursued an engineering career. The INSEAD education was a wonderful way for me to fill all the knowledge gaps I had on the commercial and financial side and even prepared me to lead teams and eventually a company. It also crucially gave me access to an impressive network of alumni that was highly instrumental in propelling the venture forward.

Moving forward, what are your future goals or aspirations? Where would you hope to be in the next five to 10 years?

Our next step is to roll out a series of seven satellite launches in the next eight years to achieve an annual US$1 billion of revenue by the end of the decade. This will vastly expand our company BAFG impact in other continents – Central Europe/Middle East, Africa and Central/South America and hopefully allow us to connect millions of unconnected rural users in the developing world.

Do you have any advice for aspiring entrepreneurs?

Dream big. Be impactful. Design products you are sure you can sell. Raise more money than you think you need. Speak about your ideas, don’t keep them to yourself. Lead from the front. Surround yourself with experts. Pay attention to your governance and your shareholder agreement, make sure it is not a dead end for you.

Starting a new venture is extremely tough – make sure there is a huge reward for yourself at the end if it succeeds.

Want to work with Formula One? Here’s how you can get started

How two INSEAD graduates are providing water solutions for over 300,000 people

'Second to none': Why this Greek student choose to study at INSEAD

'Exceeded my expectations': What it's like studying at a top-ranked business school