What I learned from teaching African sport history to American students

On the first day of my seminar “African Sport: The Culture and Politics of Play,” students spoke about Shakira, vuvuzelas, and other faint recollections of Africa’s first mega sporting event. In 2021, these were the memories of students who were between eight and 10 years old when the 2010 World Cup was held in South Africa.

For nearly all these first-year American university students, this was their only encounter with African sport history.

Most American students have never encountered social and cultural history from diverse global perspectives. As with other regions, African studies and African history are marginalised in the US primary and secondary education curriculum.

How to teach sports history in this context?

Teaching African history at St Lawrence University and other US universities for the last 18 years has taught me that decolonising American perspectives on Africa must be a central goal of any course. I have discovered that educators from the secondary to university level have a wealth of untapped material in African sport history to use in the classroom. Presenting material in the common language of sports allows students to find a personal connection to topics far removed from their contemporary life.

I also found that by empathising as fellow athletes, fans and critics of sport culture, my students were able to develop sophisticated understandings of African historical experiences.

When teaching African history in the US, instructors often need to explicitly unpack misrepresentations in popular media. Then students can begin to question how contemporary debates are rooted in the legacy of a racist colonial past.

I began my seminar by asking students to grapple with the historical racial and gendered bias of these questions via sports journalism. For example, is New York marathon champion Meb Keflezighi Eritrean or American? Is South African Olympic gold medallist Caster Semenya too “masculine” for women’s track? 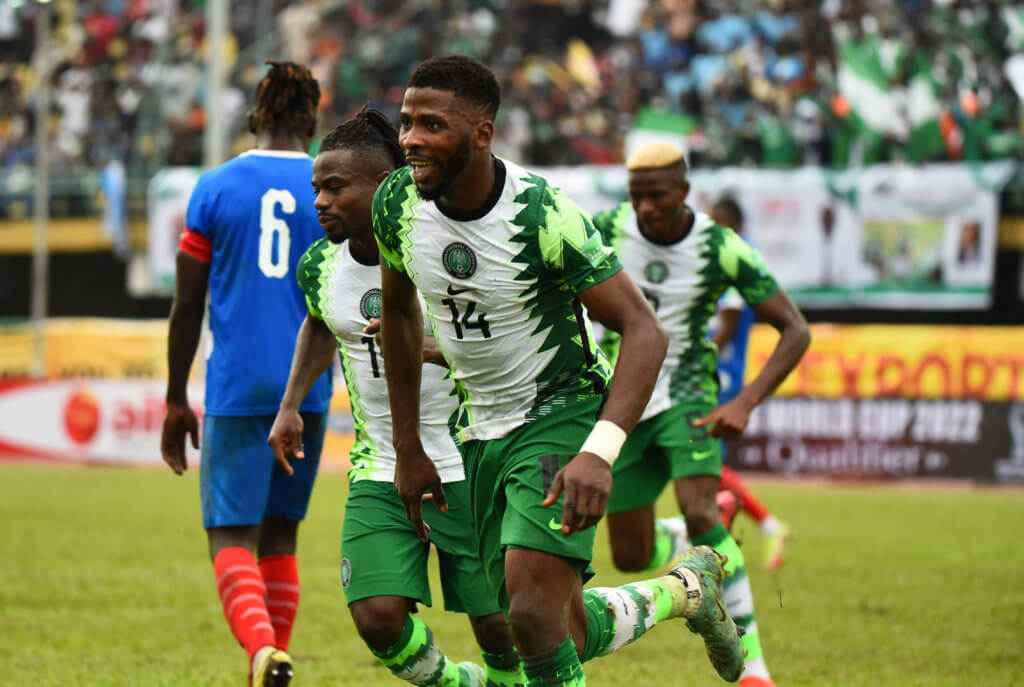 My students entered class with decades of collective experience as athletes, fans and consumers of sport culture. Sport turned out to be a way to bridge the geographic and cultural challenges American university students face in empathising with African experiences.

Using examples from the world of elite professional sport challenged stereotypes. It pushed students to think of sport beyond pure athletic prowess or financial success.

These classroom debates challenged students to think about the way Africa is represented in the west. They showed how sport could be used to study social history.

But even before American students could empathise with diverse sport cultures in Africa, they first needed to examine their own cultural experiences. They needed to start seeing the meaning of sport beyond the pitch.

We first discussed their personal experience with organised sport. This helped them to see how activities like youth sport were designed to teach young people about social norms and respect for authority.

I also used big sporting events to tease out particular points of debate.

The start of the spring 2021 term coincided with the most popular annual sporting event in the US – the American Super Bowl. This provided a lesson in nationalist political discourse. My students began to question the centrality of the national anthem, military flyovers and other aspects of “patriotism” performed at an American football championship game.

Even in a class focused on African sport history, examining American sport culture was a chance to build an analytical tool kit. Students could then apply it in studying African historical perspectives. 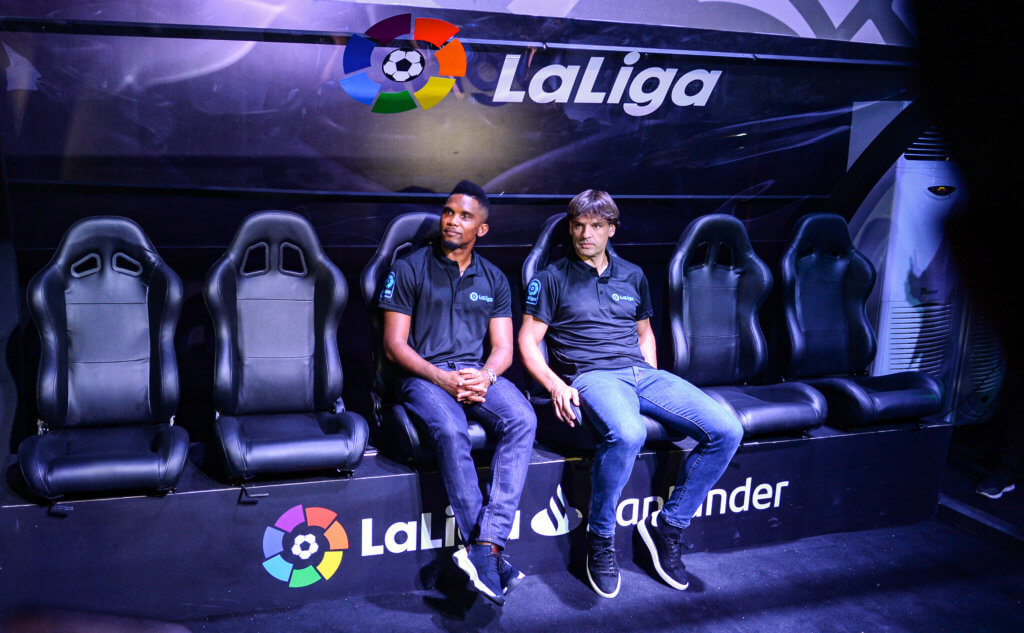 Cameroonian footballer Samuel Eto’o (L) and retired Spanish footballer Fernando Morientes (R) attend a press conference for the launch of the first “La Liga Space” in Egypt, at the Cairo Festival City Mall in an eastern suburb of the capital Cairo on June 20, 2019. Source: Mohamed El-Shahed/AFP

Deepening knowledge by widening the lens

Sport history can be used to teach concepts in African studies and world history from the late 19th century to the present. Using this lens helps connect students’ direct personal experiences to historical concepts which can often feel distant.

In the first section of the seminar, we analysed indigenous sport. We looked at how activities such as dance and martial arts, which reinforced local concepts of identity within African communities, should be seen as competitive events.

We then moved to the colonial era, to see how indigenous sporting traditions clashed with European imports. We noted how sport was used in what scholars call “Muscular Christianity,” as a form of social control. For instance, missionaries used soccer to coerce Africans into rejecting their own cultural norms in favour of European ones.

Moving from control to resistance, students analysed how the Africanisation of football was a building block for nationalist movements in the struggle for independence. We studied how African communities responded to the top-down nature of colonial sport and formed local clubs. These became sites of resistance against racist colonial policies both on and off the football pitch.

We also looked at sport as part of global historical debates, and the role African athletes played in the politics of the cold war and anti-apartheid movements. These broad lessons prepared students to engage in their own individual research.

Choosing topics as diverse as race and surfing in South Africa, to long distance running in Kenya and the global migration of African football players, students had a chance to learn important research skills. Outside my class, they applied these analytical skills across the curriculum, with many connecting classroom experiences to study abroad and other postgraduate work on the African continent.Giving students a chance to connect their own personal interests to the course, the final section focused on individual research projects.

By centralising African athletes and fans as important historical actors, social history through sport can be a powerful tool for educators.

This article is part of a series examining African sport. The articles are each based on a chapter in the new book Sports in Africa: Past and Present published by Ohio University Press.

By Matthew Carotenuto, Professor of History and Coordinator of the Kenya Program, St. Lawrence University

Top conservatoires in the UK for every artistic interest

Dynamic and supportive boarding schools in the US

How a Nigerian student became an award-winning PhD candidate