In August 2021, the national cabinet agreed to a National Plan to transition Australia’s National COVID-19 Response. It was based upon epidemiological modelling of the Delta variant by the Doherty Institute. It sets out four phases, with phase B starting when about 70% of those aged 16 and over are fully vaccinated, and phase C starting when over 80% are fully vaccinated. This raises questions over Australian states vs federal plans, which we’ll dive into in this article.

Is the plan ‘set in stone’?

The national plan is based on modelling that relies on a range of assumptions. In its advice, the Doherty Institute stated:

Ongoing situational assessment of measured transmission potential and circulating SARS-CoV-2 variants in the Australian population over coming months will allow benchmarking of these hypothetical scenarios to guide real time policy decision making about the transition to phase B of the national plan.

In other words, there will have to be ongoing assessment of the facts to help decide when to move to phase B. For example, the breadth of coverage of vaccinations would have to be considered, to ensure there are no under-vaccinated groups, such as Indigenous communities. The emergence of any new variants would have to be assessed to see how they respond to the vaccine. 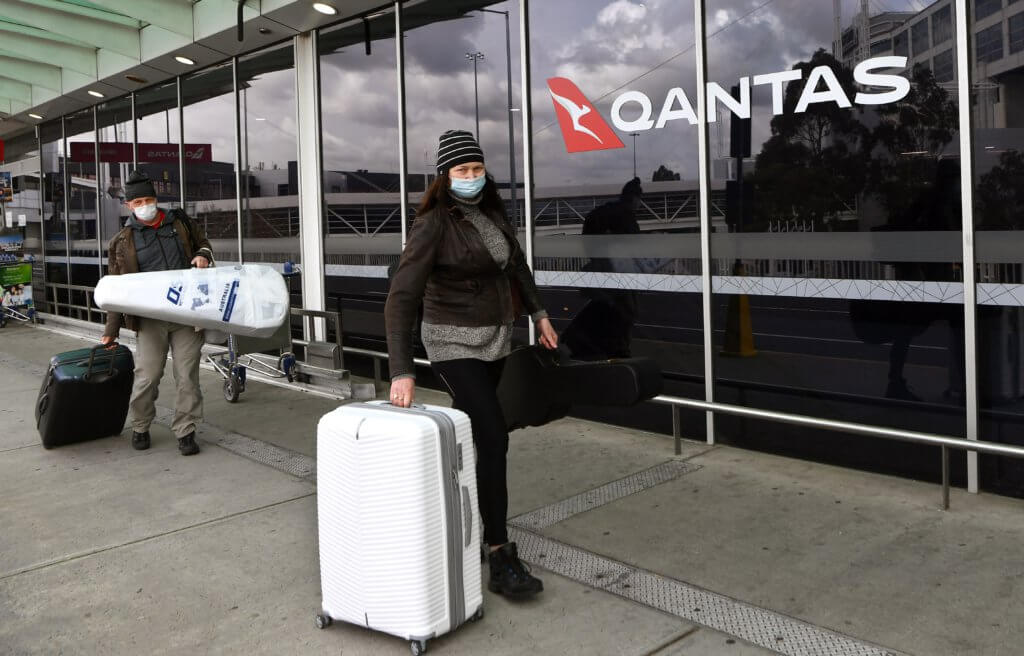 Travellers arrive at a deserted Qantas terminal at Melbourne Airport on August 26, 2021 as Australian airline Qantas posted more than 1 billion USD in annual losses, after what it described as a “diabolical” year caused by pandemic travel restrictions. Source: William West/AFP

Whether a State’s health system was coping with existing numbers of infections and its “test, trace, isolate, quarantine” capacity was running effectively or swamped would also need to be considered.

The national plan expressly says at the bottom:

The plan is based on the current situation and is subject to change if required.

So, the national plan is not set in stone. It was always intended to be adjusted to take into account changed facts.

What does the national plan say about border closures?

The national plan does not say anything about state border closures. It does refer to lockdowns being less likely to occur in phase B – but lockdowns are different from border closures. States that close their borders primarily do so to keep the disease out so they don’t need to impose lockdowns.

Phase B also refers to the easing of restrictions on vaccinated residents, but it does not make clear what they are.

As for borders, phase B only explicitly refers to international border caps, including increasing caps for inbound travellers, allowing capped entry of students and economic visa holders and introducing reduced quarantine arrangements for vaccinated residents. This is primarily a federal matter, as the Commonwealth has power over entry to Australia, even though the states have been managing hotel quarantine for incoming passengers. 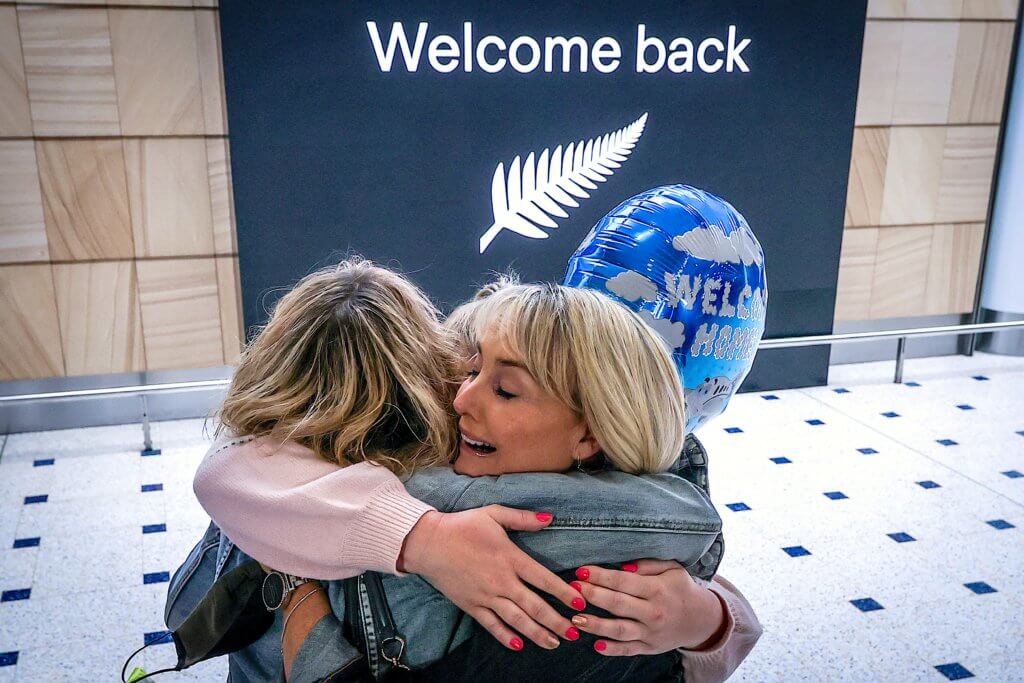 If national cabinet makes a law, don’t all the states have to comply with it?

The national cabinet does not make laws. It has no legal powers at all. It is simply an intergovernmental body whose members discuss and agree on matters. As with any inter-governmental agreement, the national plan is not legally enforceable.

The National Cabinet does not derogate from the sovereign authority and powers of the Commonwealth or any State or Territory government. The Commonwealth and the States and Territories, as appropriate, remain responsible for the implementation of responses to the Coronavirus.

The prime minister also recognised this in a press conference on May 5 2020. He said:

We’re a federation and, at the end of the day, states have sovereignty over decisions that fall specifically within their domain […] At the end of the day, every Premier, every Chief Minister has to stand in front of their state and justify the decisions that they’re taking in terms of the extent of the restrictions that are in place […] I respect the fact that they’ve each got to make their own call, just like I do, and they’ve got to explain it to the people who live in their state and they’ve got to justify it. And I think that’s the appropriate transparency and accountability. 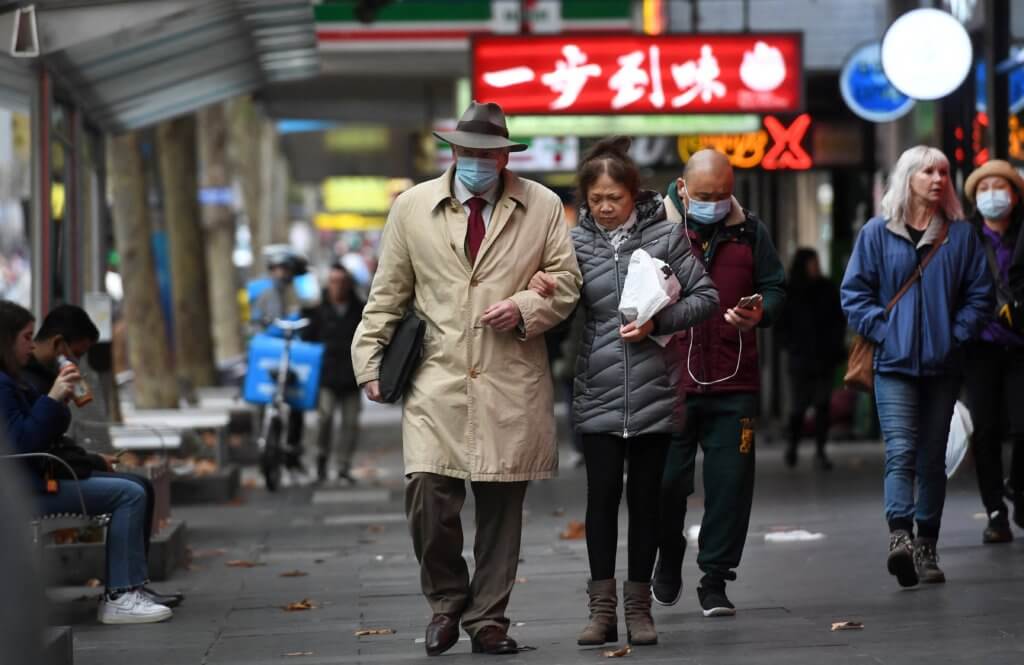 Isn’t the Commonwealth boss in the federation? Can’t it just override state laws?

For example, the Commonwealth parliament could rely on its external affairs power to enact a law that guarantees freedom of movement, which could override a state law. But this could be difficult while the Commonwealth is restricting movement in and out of Australia.

Section 92 of the Constitution protects freedom of movement among the states. But the High Court has long accepted there may be exceptions if a law is reasonably necessary and proportionate to achieving another legitimate purpose, such as the protection of public health.

In the Palmer case, it upheld the validity of the Western Australian law that empowered the closure of state borders. In doing so, the Justices noted the restrictions on movement were severe, but were amply justified by the importance of protecting public health.

If it became the case that border restrictions were no longer reasonably necessary and proportionate to protect public health, a challenge might well be successful. But a court would be likely to take into account all the relevant facts at the time, rather than simply whether a particular percentage of the population has been vaccinated. By the time such a challenge was heard, there would be new evidence to inform the assumptions on which the Doherty Institute relied and a court would be able to take this new evidence into account in making a more informed assessment.

By Anne Twomey, Professor of Constitutional Law, University of Sydney