Society is defined by mobility. Crossing borders involves acquiring new knowledge, being exposed to new ideas and ways of thinking. People move for a variety of reasons – and education is one of them.

International students come from diverse backgrounds. And prior to travelling away from home for university, students may have been exposed to a limited set of ideas on social and political issues.

Universities in many countries nurture open political communities. Interactions at universities can often allow students to reflect on both the social and political culture of their host and home countries. For some, the experience can be so powerful that it changes the way they think about liberal values and practices, as well as about their contributions to the communities around them.

In this sense, universities can develop students’ critical awareness of wider society and their willingness to participate in public life. And such potentially transformative experiences, when shared by a critical mass of individuals, can help drive changes in the wider social and political culture at home.

Former Soviet countries provide a useful context for observing links between studying abroad and political transformation, as they have undergone a natural experiment since the early 1990s.

As post-Soviet countries developed economically over the last three decades, the volume of migration has increased with more students seeking study abroad opportunities. My research shows that in this region, countries with higher proportions of students studying in Europe and the US have achieved higher levels of democratic development. 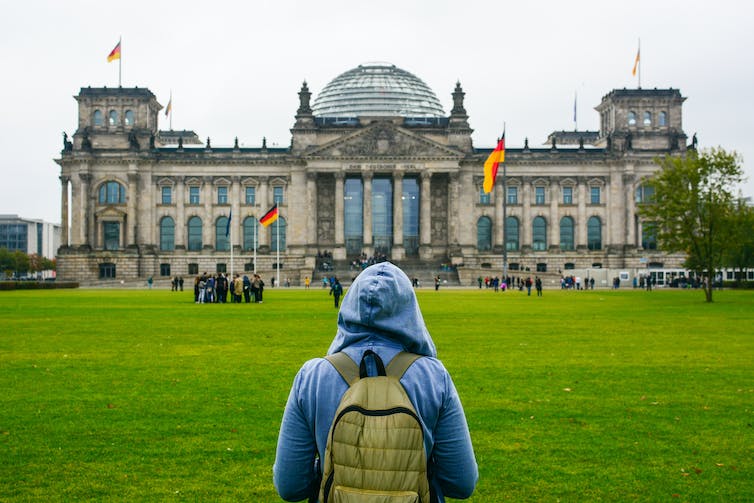 Russia’s popularity can be explained by its past political and economic role – in both the Russian empire and the USSR. Russia is large, wealthy, compatible language wise, and accommodating. Most importantly, Russia offers state-funded scholarships to students from former Soviet countries. These scholarships cover university tuition as well as living expenses. My analysis shows that former Soviet countries with higher proportions of students studying in Russia are less democratic.

Former Soviet countries with higher levels of attained democracy seem to have had larger numbers of post-independence political leaders – Presidents and Prime Ministers – who have studied in Europe or the US. And countries with lower levels of attained democracy have had higher proportions of post-independence political leaders who have studied in Russia.

Studying abroad can, of course, help change students’ understanding of civil liberties and electoral process. Similarly, universities in different countries can also influence students’ ideas about political participation and political culture. And these “apprenticeships” in democracy may well be critical in facilitating democratic developments when students finish their studies and return to their home countries.

The Pennsylvania State University: An MFA with cutting-edge facilities and true support