As the 2021 federal election winds down, a fourth wave of COVID-19 is underway amid further easing of restrictions for fully vaccinated travellers.

As researchers in the Pandemics and Borders Project, we are analysing how countries can effectively use cross-border measures in response to the COVID-19 pandemic. Here are the positions of the main political parties on the critical issue of travel restrictions.

The election focus on Canada’s post-COVID-19 recovery assumes the country is now moving past this public health emergency. With new infections surging across the country and worldwide, however, the end is not yet in sight.

The current fourth wave is being driven by the Delta variant. Like other variants of concern, Delta — which accounts for more than 75 % of sequenced cases since mid-July — was imported. The Mu variant of interest has also now entered the country via travellers. This should serve as a reminder that lax border management makes it more likely that any emerging variants that may be resistant to vaccines will make their way into Canada.

These policy changes triggered an increased volume of travellers, but also less testing, in addition to the existing exemptions from testing and quarantine for many categories of travellers. This comes at a time of breakthrough infections and evidence of waning immunity among the fully vaccinated against the Delta variant.

This is likely to mean more imported infections into Canada. On Aug. 9, the government opened borders to fully vaccinated Americans, reduced testing requirements and ended the three-day hotel quarantine requirement. On Sept. 7 these rules were extended to other foreign nationals travelling to Canada for discretionary reasons. 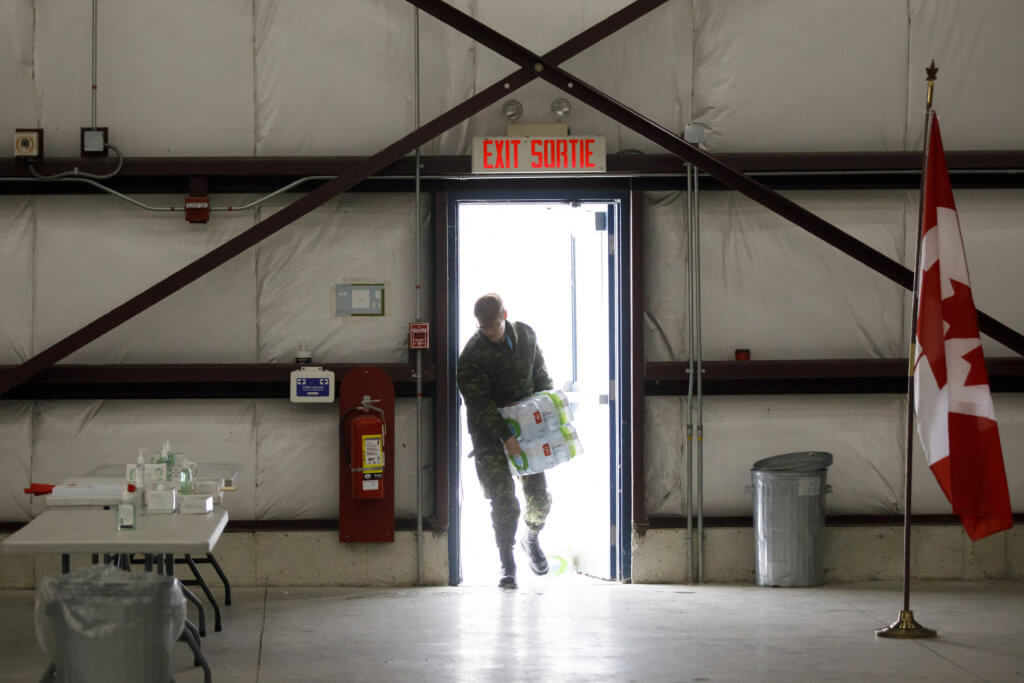 Data from the Canadian Border Services Agency show that the number of non-commercial land travellers from the United States more than doubled in the week following the reopening to fully vaccinated Americans (from 103,344 to 218,732).

This volume is much smaller than pre-pandemic levels of over 1.4 million. However, sporadic border testing and genomic sequencing — along with scaled-down contact tracing and other challenges — raise serious questions about continued claims that the rate of positive COVID-19 cases among travellers is very low.

An abundance of evidence now shows that effective Canada border management is critical to the ongoing COVID-19 response. While global mass vaccination remains a key goal, controlling SARS-CoV-2 importation, including variants — and minimising onward community transmission through effective testing and quarantine — will also determine how well a country navigates through this pandemic.

During this election, the main political parties have largely exchanged unhelpful criticisms. The Tories stated: “We will not allow new variants into Canada as Trudeau has done through his delays in enacting border measures to protect Canadians.” However, they offer no explanation on how that would be achieved.

The Liberals assert that “Erin O’Toole won’t listen to the experts on vaccinations. He would let unvaccinated people travel on trains and planes” – something the Liberal government has effectively done up until today.

The Bloc Québécois has ridiculed the federal government’s border management and its “improvisation, bungling and half-measures” throughout the pandemic.

The Liberals continue to repeat the erroneous claim that they have established “some of the strictest measures in the world.” This may explain why the Liberal party platform includes few new measures.

The sensible requirement that “travellers on interprovincial trains, commercial flights, cruise ships, and other federally regulated vessels be vaccinated” was already announced by the government prior to the official beginning of the campaign.

Other pre-election announcements by the Liberals include 82.5 million Canadian dollars for Transport Canada to “support major Canadian airports in making investments in COVID-19 testing infrastructure,” and CA$271.1 million for the Canadian Air Transport Security Authority (CATSA) “to maintain operations and enhanced screening services” at 89 airports.

The Conservative party is opposed to mandatory vaccination for travel, focusing instead on rapid or PCR testing at “all Canada border entry points and airports” — yet again with no supporting evidence or details on how that might be implemented or why this, and masking, would be “reasonable” alternatives.

Meanwhile, the Conservatives’ platform promises “a clear, evidence-based strategy for re-opening the Canada border with clear timelines and metrics,” but with little explanation on what this would mean in practice. The platform also claims a Conservative government would “not allow new variants into Canada” by quickly closing the border to travellers from hotspots where new variants are detected. This is a reactive strategy so far used unsuccessfully by the Liberals.

The Bloc Québécois merely urges Ottawa to “offer a detailed plan for the progressive reopening of  borders.” Remarkably, the New Democratic Party and Green Party have said very little on the issue, beyond recommending that travel restrictions should be fair and evidence-based.

The Canadian electorate deserves better, in both the quantity and quality of discussions about this critical issue during this campaign. The country is at a critical juncture in the pandemic. How any incoming government manages travel-related risks will have significant consequences for the country.

Sustainability director shares her thoughts on the future of hospitality