Could large numbers of international students return to Australia without quarantining? This could be on the horizon if Australia implements a proposal that would see COVID-19 digital vaccine certificates used to bring in students into the country. Australian Education Minister Alan Tudge first raised the proposal in December 2020 at a meeting with international education experts when he was acting immigration minister, reported The Sydney Morning Herald.

The proposal includes linking verified COVID-19 vaccine certificates to a new digitised system for incoming passenger cards that the federal government aims to implement later this year. Tudge said several preconditions must be satisfied before any such scheme could be considered, including the availability of an effective vaccine. The federal government has been looking at the concept of a “vaccination passport” as some countries were rolling out COVID-19 vaccines.

“If a vaccine works and stops the spread, and it can be rolled out effectively in source countries and we can have surety over vaccination certificates, then there is the potential to be able to bring in more international students without them having to quarantine,” Tudge told The Sydney Morning Herald and The Age. He added that this would be facilitated by digitising Australia’s incoming passenger card. “Our aspiration is that we would then be able to electronically staple an authenticated, biometrically connected vaccination certification to that card,” he was quoted saying.

Vaccine certificates will not replace quarantining — yet 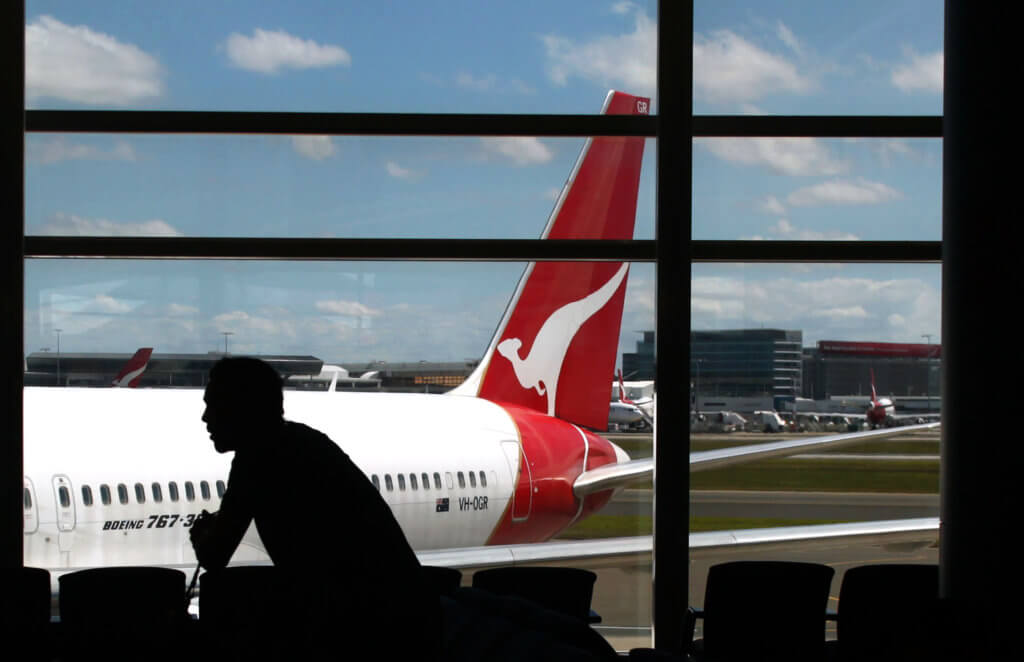 Thousands of international students are eager to return to Australia. Source: Marianna Massey/AFP

Earlier this month, chief medical officer Professor Paul Kelly said while the government was closely considering the concept of a vaccination passport, vaccination will not be an alternative to the 14-day quarantine for now. International education contributes some 40 billion Australian dollars to the country’s economy. Australia risks losing its share of the pie with continued COVID-19-related border closures. This has prompted students from countries such as India, Nepal and China to head north instead, to universities in Canada and the UK whose borders remain open to students, according to reports by university vice-chancellors and international education agents.

Some 164,000 international students enrolled in Australian universities are unable to enter the country due to the border closure. Tudge, who was sworn in as education minister on Dec. 22, 2020 following a cabinet reshuffle which saw his predecessor Dan Tehan promoted to trade minister, said he “strongly encouraged” offshore students to continue enrolling in Australian institutions and to start their visa application process so that they are ready to go when the border situation changes. “My message to those international students overseas is, of course, we want to bring you back to Australia and we are working on how to do that safely and without impacting the number of Australians who can come home,” said Tudge.

In earlier comments to The Australian via The Age, Tudge said it was “going to be very difficult” to get significant numbers of international students back onshore this year. “Our priority is ensuring that Australians can get home and Australians are kept safe from the virus,” he was quoted saying. He said the government was open to looking at “all options” for quarantining international students, including on-campus arrangements, to bring them safely into the country.

International students swap Australia for Canada and the UK