The management student who founded a free school in Madagascar

Miriam Agüero Lorenzo is a master’s in management student at ESMT Berlin in Germany. Although she hails from Spain, she’s studied abroad in Australia and is cofounder of Meraki Smile School that provides education, food and healthcare to children in Madagascar.

The Meraki Smile School is no ordinary school. It is the first institution in Africa to offer its students the International Baccalaureate (IB) for free. One month before her school was due to open, Lorenzo faced challenges with border closures due to COVID-19.

Thanks to an invitation from the President of the Republic of Madagascar, she was able to enter the country and launch Meraki Smile School. Now, a postgraduate student at ESMT Berlin, she’s pursuing her master’s degree and focusing on providing formal education to a very rural area.

Below, we speak to her all about it.

Where does your interest in journalism and finance come from?

I studied business and majored in marketing because I thought it would help regardless of the field I choose to work in. What I can now say is that marketing has indeed been a core element with the success at Meraki. 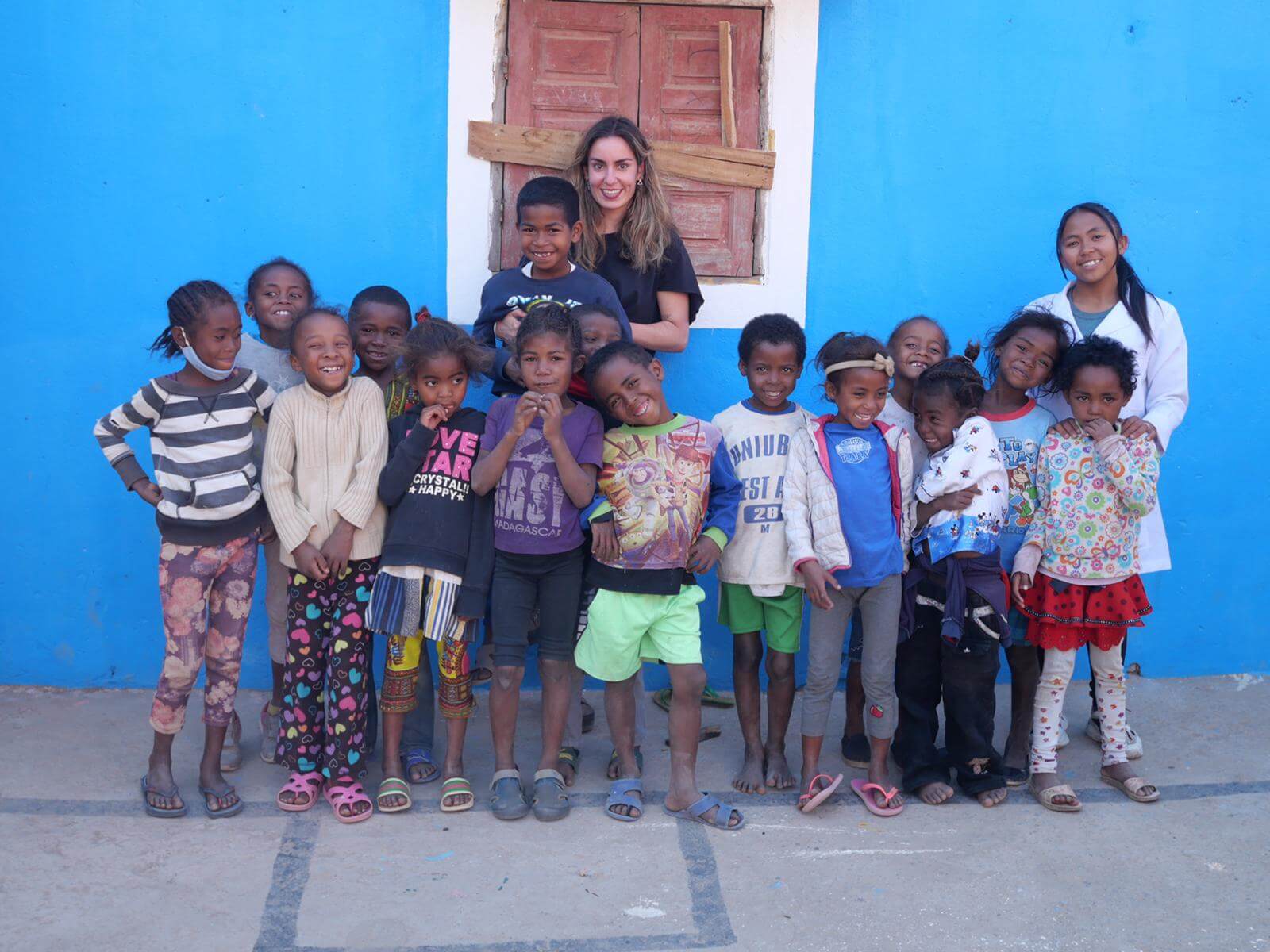 Thanks to an invitation from the President of the Republic of Madagascar, she was able to enter the country and launch Meraki Smile School. Source: Miriam Agüero Lorenzo

Before co-founding the school, I was a co-founder of a non-profit school in Lebanon. I used to spend my semester breaks in Beirut supporting our beneficiaries who were mostly Syrian refugees.

I then became really interested in journalism as I kept on meeting people with amazing stories that no one else was sharing. As such, I decided to study journalism to be the voice of those who can’t share.

What made you become a postgraduate student at ESMT Berlin?

Every time I have made an important decision, I do the research first. For me, Germany was the best option.

I consider it the centre of the European Union. I also studied German at primary school and my mother lived there too.

After searching business schools, I came across ESMT Berlin which is ranked number one in the country. I had a close friend who graduated from ESMT Berlin and when I applied, not only was I offered a spot but two of the highest scholarships.

The decision was clear to me. I chose finance because, as a social entrepreneur, it’s always good to know and understand what’s going on at all levels.

Finance is the key element to ensure the sustainability of our project or anything else.

Do you think it would have made a difference if you studied at a local institution?

It’s sad to say, but in Spain, it feels like they value you more when you study abroad. If I come with a double degree from Australia and a degree in Germany, it would open many more doors.

If I studied locally, it would have taken me longer to accomplish my goals. Outside of Spain, there’s a lot of support for young entrepreneurs.

What fond memories with your teachers at ESMT Berlin has stood out for you?

We are exposed to many fantastic lecturers from different backgrounds. We had a subject called Entrepreneurship and she introduced me to other contacts from her network. She also shared research and advice with me.

At ESMT Berlin, I found people that have supported and believed in me from the beginning. This has inspired me to keep working hard on Meraki regardless of the challenges. 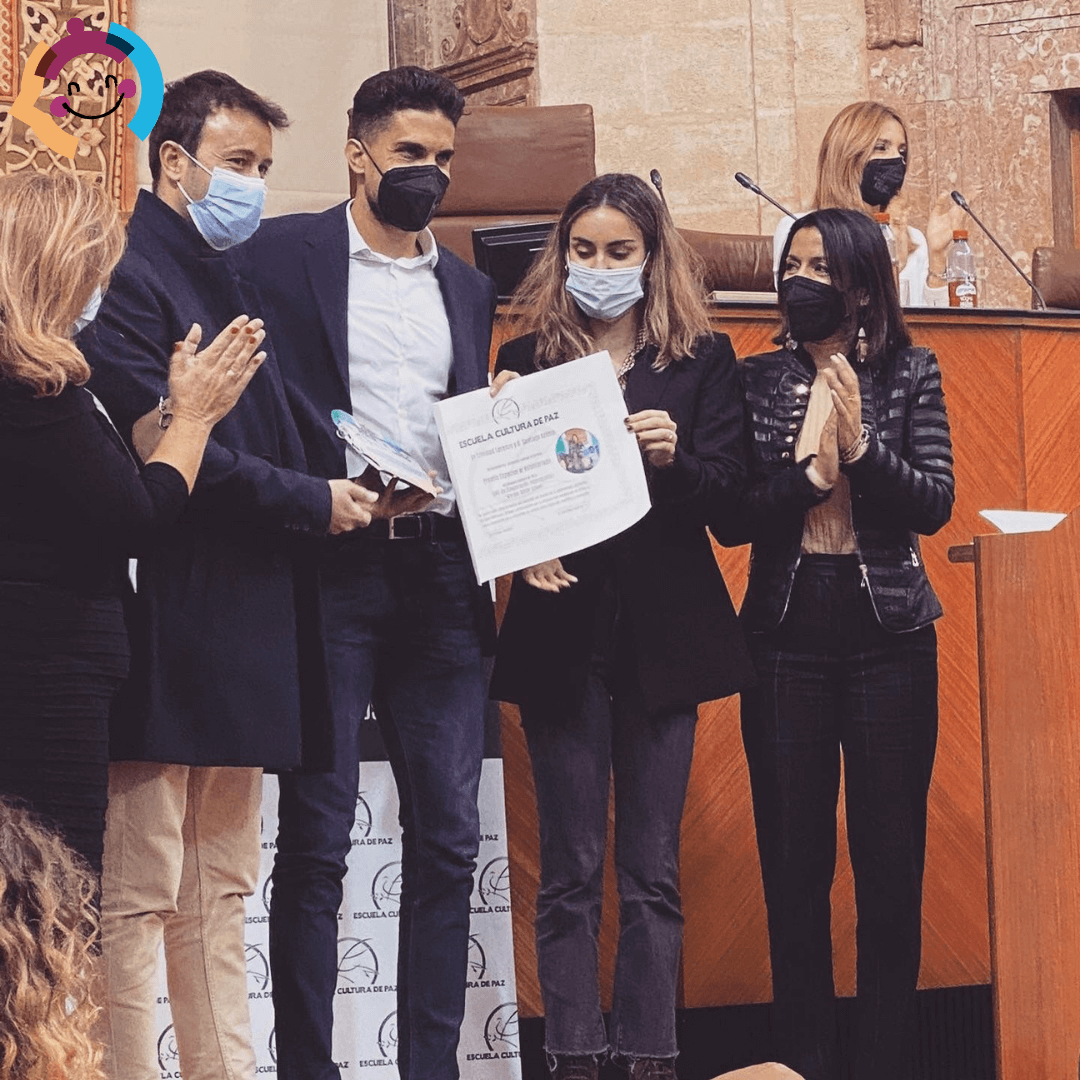 “I studied business and majored in marketing because I thought it would help regardless of the field I choose to work in. What I can now say is that marketing has indeed been a core element with the success at Meraki,” she says. Source: Miriam Agüero Lorenzo

I’ve also learnt that social projects have to be planned and not just simply launched. You need to think about sustainability.

What plans do you have after?

I’m currently applying to the master’s in management Yale Programme where I hope I can continue my studies.

Besides your studies at ESMT Berlin, what do you like most about the country?

Berlin is the city where I’ve been the longest and I find it very international. There are multiple opportunities in most fields and people are happy, respectful and open to other cultures.

If you could list your top three favourite things about Berlin, what would they be?

The international atmosphere — it’s a metropolis and an easy environment for a foreign student. I also like that it’s very green and environmentally friendly. Finally, I’m keen on its history and cultural life.

Tell us more about cofounding Meraki Smile School and what future plans you have with it.

Meraki Smile School is a cooperation project the started in the midst of the pandemic. As Berlin was under lockdown, I was frustrated and decided to help people through my social volunteering commitment.

Education is a tool that will help change the world. After doing some market research for a proper place to start our project, I came across Madagascar. Children have scarce resources to have a proper future and be sustainable in the long term.

Madagascar, one of the poorest countries in the world, is suffering a severe drought which is causing a famine among the population. I then looked for a local partner (because I wanted to adapt it to the local community).

We chose a rural area near Antananarivo (the capital of Madagascar) marked by low life expectancy and low rates of school attendance among children. In May 2021, I put together a team of international volunteers and looked for donations to fund the project.

In August 2021, I was able to travel there and open the school. We rented the building, painted it, bought the furniture, chose the first 30 pupils and hired the teachers.

Thanks to everyone involved, we managed to open the school in September this year. Our intention is to offer high-quality and free education according to the IB system. We are now teaching them how to read and write in Malagasy, French and English.

Our objective is to have 30 new students each year until they graduate when they’re 18. We are also working to make sure we have the funds to finance the school in the long run because right now this is being done through individual donations and a campaign.

Talk to us about food in Germany. What’s it like compared to home?

Spain is well-known for its gastronomy. But, in Germany, I’ve tried the classic “currywurst” (steamed and fried pork sausage), the “käsespätzle” (pasta tossed with cheese), the “schnitzel” (thin slice of meat) and the “kartoffelpuffer” (potato pancakes).

My favourite is the kartoffelpuffer and my least favourite is actually a drink called “apell weine” (a white wine) because it’s too sour. I think most German recipes focus on bread, potatoes and meat. 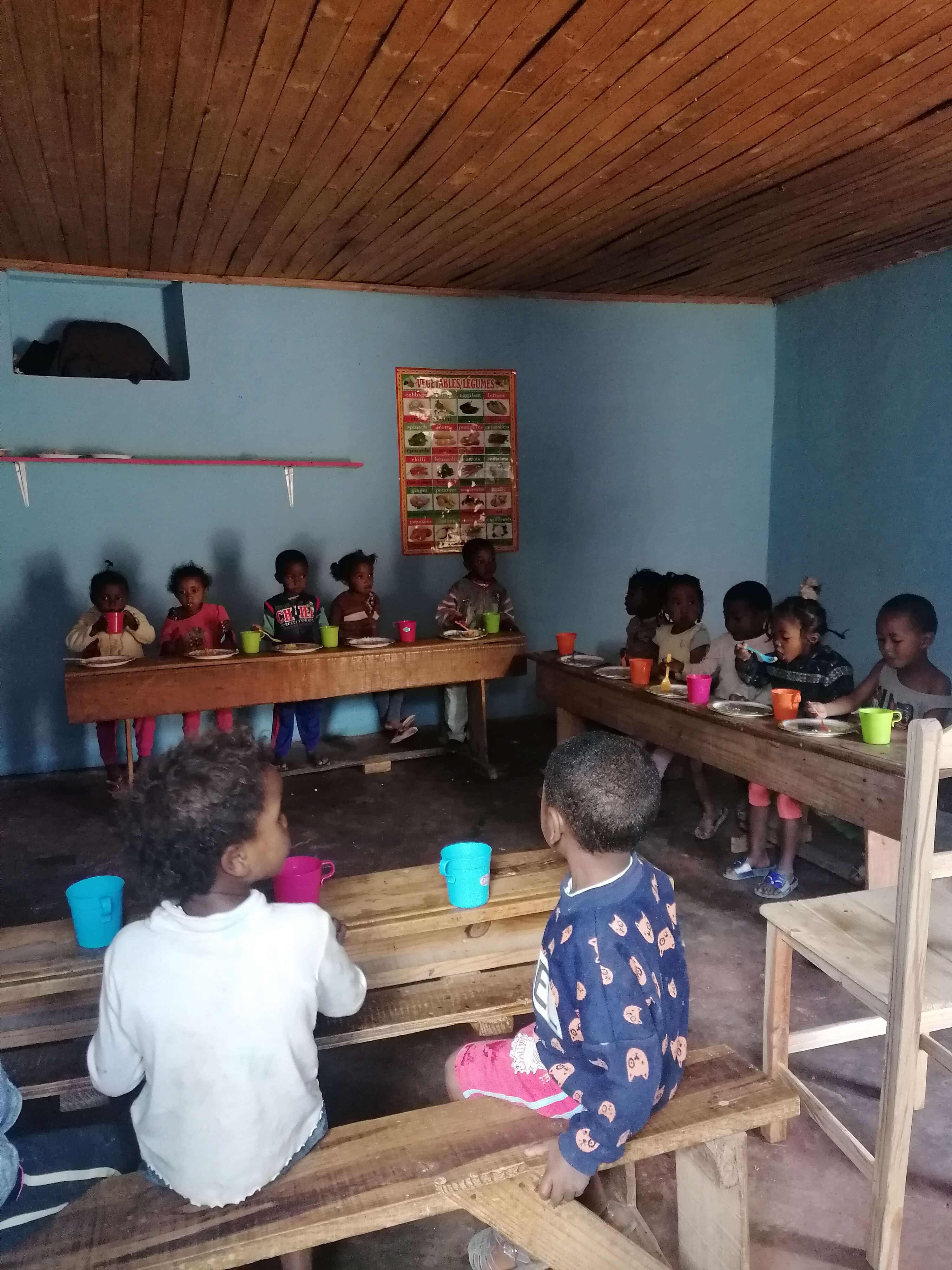 “Madagascar is one of the poorest countries in the world and is suffering a severe drought which is causing a famine among the population,” she says. Source: Miriam Agüero Lorenzo

Is it hard to strike up a conversation with the locals?

I actually spoke about this a couple of days ago with some friends and we all agreed that if you try and speak German and they realise you’re foreign, they’ll switch to English.

So, it’s quite easy to communicate but not so easy to practise the local language.

What advice would you give other international students on studying in Germany?

I would tell you to make the most of your experience here. Come with a “let’s do it” mindset and get out of your comfort zone. Germany is full of incredible opportunities.

Lastly, what budget tips do you have?

I’d say, apply to as many scholarships as you can. Then, I would recommend using something like an Excel sheet to keep track of your monthly expenses.

Why a German B-school graduate went to Madagascar

From Mauritius to France and Singapore: An INSEAD Master’s in Management student’s journey