IDP Education Ltd. has bought over the British Council’s International English Language Testing System (IELTS) in India. As IDP’s IELTS deal — worth 130 million euros — is in its final stages, Indian students may be curious if this will change the IELTS in any way.

As one of the most well-known English language tests globally, the IELTS score is used to gauge proficiency when you apply for study and work abroad. It is divided into four components: listening, reading, writing and speaking.

Over one million Indians take the IELTS each year, making it one of the main source countries for test takers globally. For Indian students who grew up learning English, the IELTS is simply a language passport to the world’s leading study destinations including Australia, Canada, New Zealand and the UK. 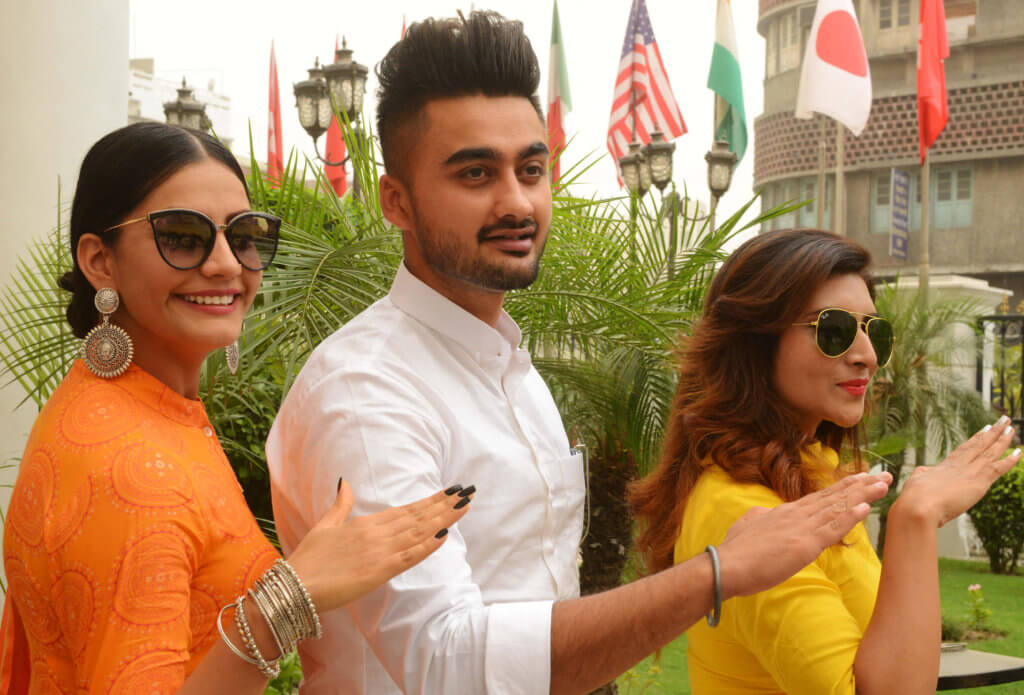 IELTS’ popularity in India is so established that it holds a place in popular culture. Pictured: the cast of Punjabi film ‘JATT vs IELTS’. Source: Narinder Nanu/AFP

According to Interim CEO of British Council Kate Ewart-Biggs, delivering IELTS through IDP will “simplify and improve the customer experience” for Indian students taking the test. “The deal is significant from an India perspective given its size and scale and reflects the continued interest that India is generating around the world,” commented Shashwat Patel, counsel and head of the India group for UK corporate.

Since the new IDP team will consist of existing British Council India IELTS employees, this agreement should provide the resources to support an already experienced team. “Our test takers can focus on preparing for their test as planned, and our team is here to make sure everything goes smoothly on test day,” added IDP CEO Andrew Barkla.

He is confident that the agreement will help Indian students “reignite their global goals” as IDP expands its footprint across India. “Together we are well-placed to help more people in India take the first step in achieving their global study, work, and career ambitions,” he said.

At the same time, education agents warn that Indian students who take the IELTS via IDP may unwittingly agree to share their details with IDP counsellors, who may approach them for university admission. “This is OK if the student has permitted sharing of his/her personal information for services other than for the exam. However agents would be extremely uncomfortable with this as there is a possibility that they would lose the students to IDP,” opined Sushil Sukhwani, founding director and owner of Edwise.

“Data being king in today’s business world, this will leave the other competing agencies out in the cold, insecure about their students and their future business. The question that the entire industry needs to ask is whether it is fair for a student recruitment agency to control the test that in turn controls the student outcomes,” agrees Sonya Singh, managing director of SIEC Pty Ltd. That’s why she believes tests such as IELTS should exist as an independent entity and not part of a “commercial enterprise that benefits directly from their outcomes”.

British Council has been exploring strategic options to deliver the IELTS while staying afloat during the pandemic. According to Politico, it had to close down 44 English language schools and 195 language test centres since COVID-19 struck. Its presence in India can be traced back over seven decades.

How to speak English confidently and fluently

How the IELTS Speaking test is conducted during the pandemic

IELTS Indicator: What you need to know

10 free ways to prepare for your IELTS exam