After two years of keeping foreigners out, Australia’s travel ban has seen thousands of international students admitted to its shores once again since mid-December. The welcome news, however, is met with mixed feelings by international students from China. Many are on the fence over what the future holds, despite the Australian government’s incentives to boost foreign student numbers.

The root of Chinese students’ concerns stems from their restricted mobility to travel back and forth to their home country due to limited flights and strict quarantine rules. Some have bemoaned the choice they have to make between returning to physical classes on campus and the possibility of not seeing their families for a long time.

“I would love to stay in Australia because it is a very great environment. But obviously, I think a lot of students would love to have the flexibility to go home and see their families, as well,” Benny Shen, a postgraduate student at the University of Sydney, was quoted saying to South China Morning Post (SCMP).

Unlike others who returned to China before Australia’s travel ban took effect, Shen remained in the country throughout the pandemic, and has not seen his family for the last two years. Going home would have been equally challenging due to hefty quarantine costs and a mandatory isolation period of anywhere between two to four weeks. 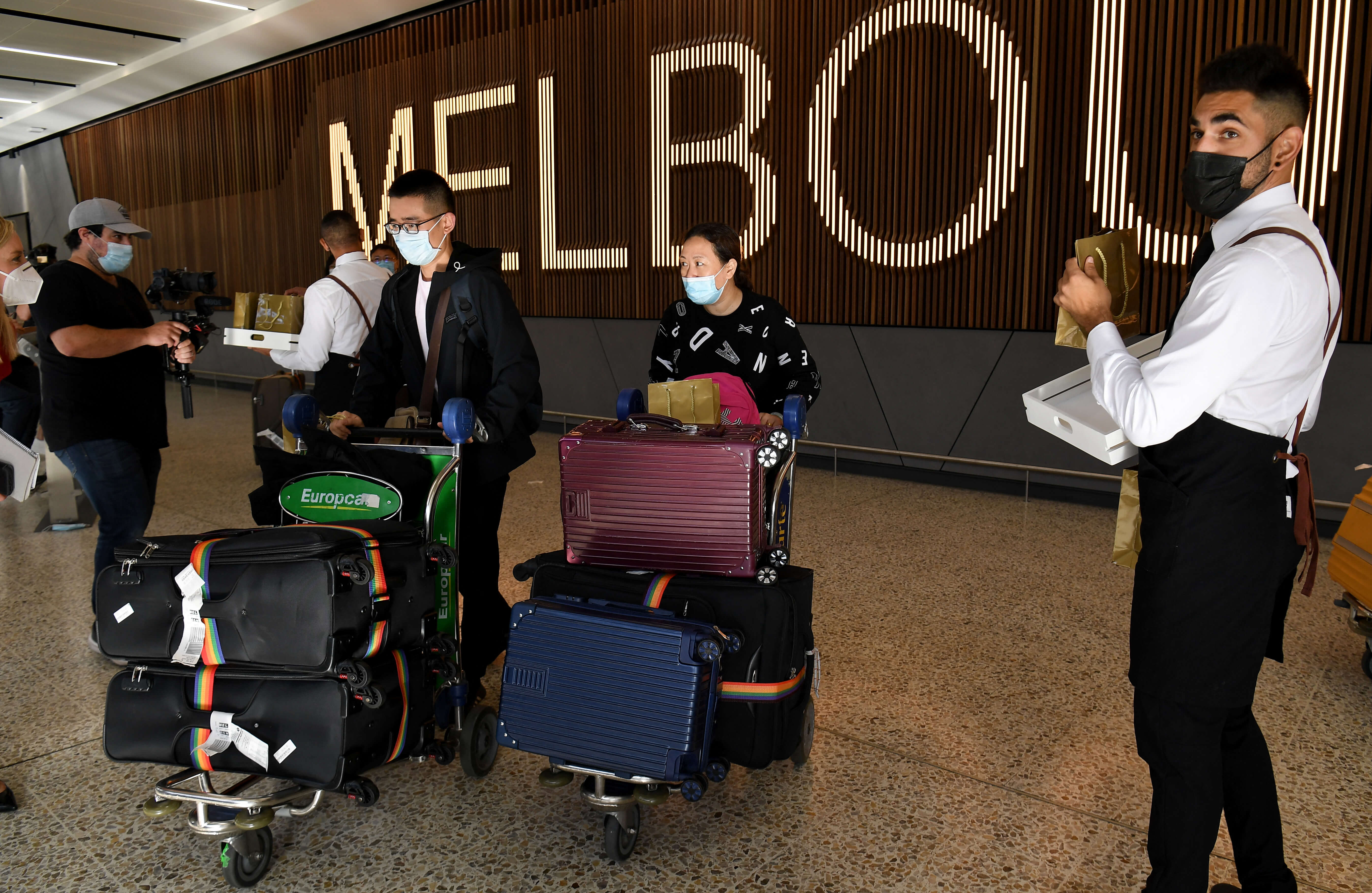 International students have been allowed to return to Australia since mid-December, after two years of online learning after being stranded offshore. Source: William West/AFP

For Skye Cheng, the prospect of returning to Sydney didn’t come as a relief as she would have expected. “I’m really not sure, since I haven’t been vaccinated yet. This semester will be my last, and I might consider doing a master’s [in either] Melbourne or Sydney,” she was reported saying.

Concerned over uncertainties, Cheng and many other students worry that the infection rates might worsen in the coming months, prompting further rigid pandemic measures.

“If we are going to [take classes online again] and have to wear masks and keep social-distancing, with so many regulations [to consider], then what is the point of going to Australia,” adds Cheng.

Uptick of international students from China, but nearly 150,000 remain offshore

According to the Australian Department of Home Affairs (ADHA), preliminary data shows that the number of foreign students returning to the country has been up by 75,000 since December. Yet, Australia is still short of about 300,000 overseas students compared to pre-pandemic figures, and around 147,000 remain stuck abroad, reported The Sydney Morning Herald.

Of those still stranded offshore, international students from China form the largest cohort at about 77,000 students, SCMP reports. However, the ADHA notes that the number of Chinese citizens in Australian universities has increased by 40,000 between mid-December to February 2022.

In an effort to drive losing foreign student numbers, the Australian government has introduced welcoming initiatives such as visa fee rebates, increasing capped hours for work, and a financial support package for returnees enrolled in Western Australia. Not all overseas students are lured by the initiatives though, especially international students from China. 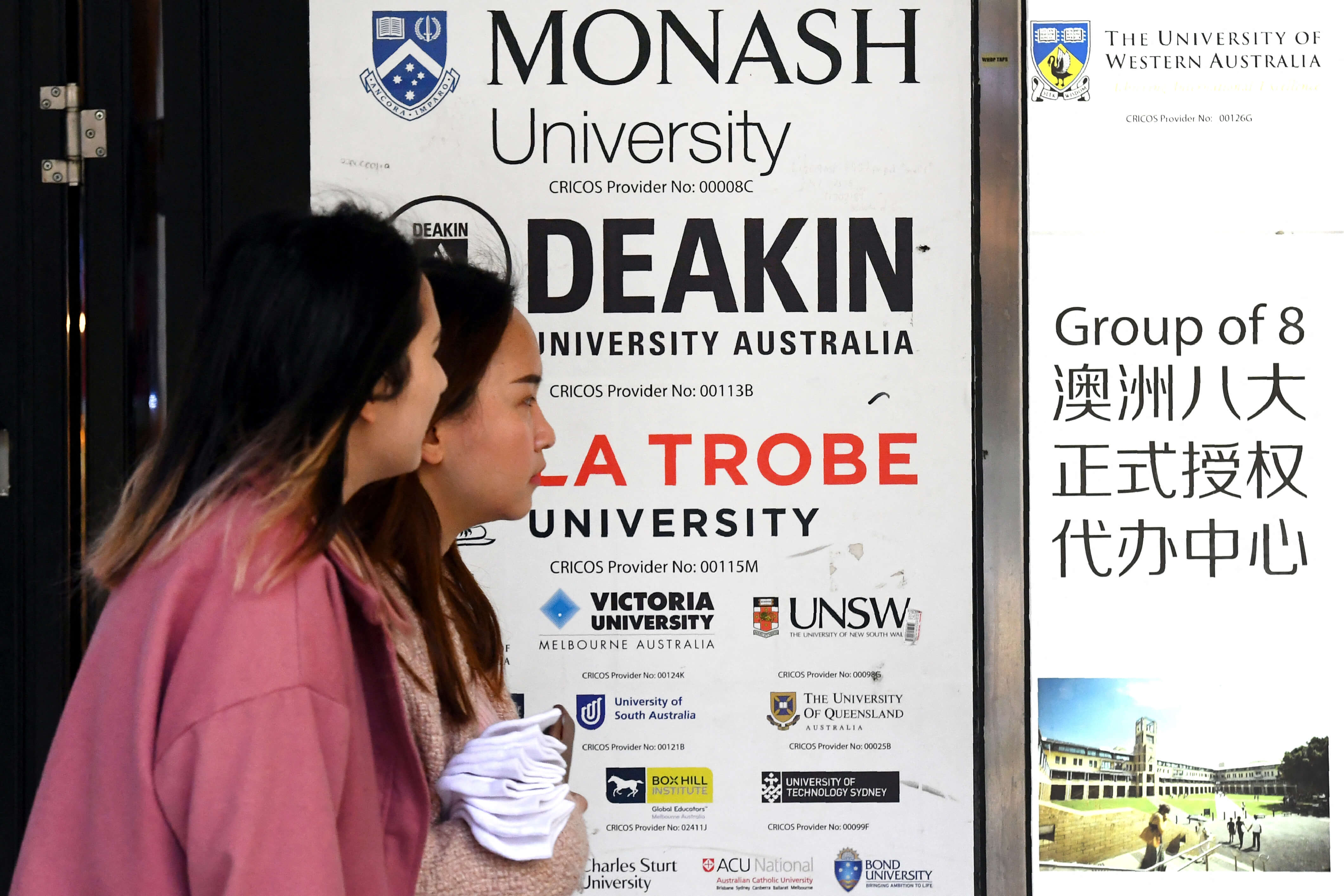 “Chinese students tend to show relatively little interest in paid employment during their Australian studies, unlike their South Asian peers – a factor that may have influenced students’ willingness to study offshore,” writes John Ross of The Times Higher Education.

Delayed action from the government, on top of continuing COVID-19-related restrictions, has pushed international students from China to consider alternative study destinations in rival countries such as the US, Canada, and the UK.

A recent report by The Lygon Group illustrated that the international education landscape in Australia is gradually becoming more female, thanks to greater enrolment by Chinese female students.

The report mentioned that adopting a gendered lens over the country’s education sector could contribute to an effective recovery strategy, but remarked that Chinese students are still not returning in the numbers that many in the sector had hoped.

Bionic reading: The viral reading hack that could help you study better

Going to grad school? Here’s everything you need to know about the GRE

Chinese students not returning to Australia ‘in the numbers that many had hoped’: report

What to do if your Australian visa application gets rejected