How international students in Canada are growing the population in 2021

International students in Canada are contributing to a population growth rebound in 2021, placing the country firmly back on track to meeting its immigration target. A recent report from the Royal Bank of Canada shows that international migration has recovered to pre-pandemic levels, primarily due to the return of international students and post-graduate visa holders.

While the population of international students in Canada declined by 60,000 in 2020, the turn of the year has brought about encouraging recovery. For example, Immigration, Refugees, and Citizenship Canada (IRCC) has issued 44% more study permits in 2021 — about 21,000 in total. Adding to that is the 24,000 new Post-Graduate Work Permits issued this year, which is 160% more than last year.

“The federal government’s strong push for new permanent residents resulted in immigration returning to pre-pandemic levels, with most of the increase accounted for by people already temporarily living in the country,” read the official statement penned by economist Andrew Agopsowicz. 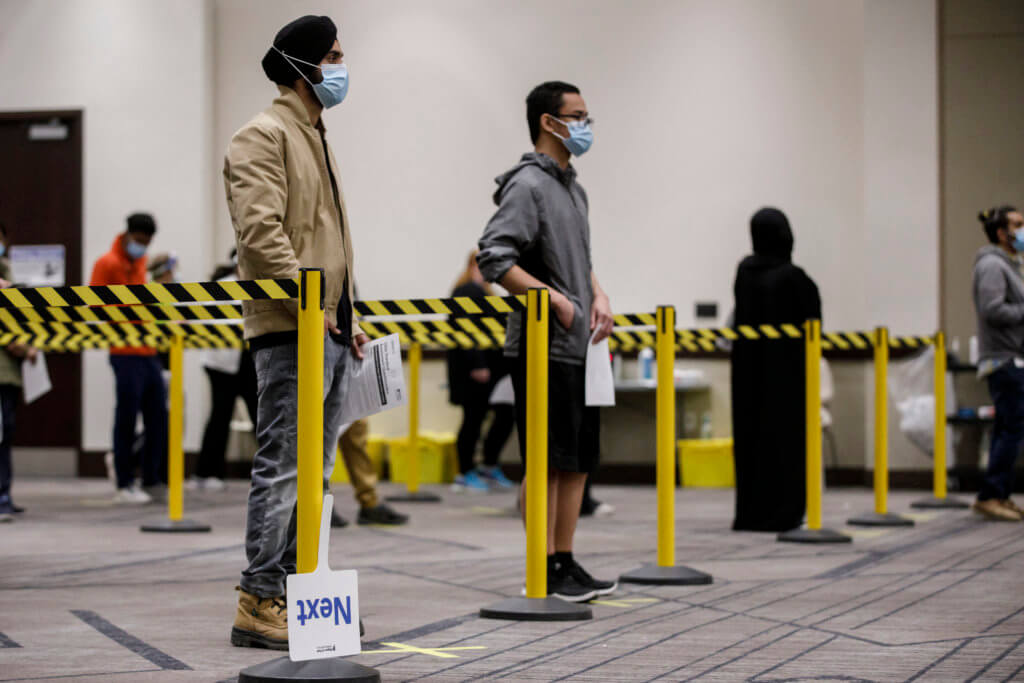 International students have long been in line to return to Canada post-pandemic. Now, they may enter freely as long as they are fully vaccinated. Source: Cole Burston/AFP

International students in Canada are treated as future immigrants

Canada’s population grew just 0.4% last year — a far cry from the 2.1% required to sustain growth. This lowest recorded number is attributed to an ageing population and COVID-19 related losses. As Agopsowicz pointed out, “Even as COVID-19 subsides, the natural increase is likely to continue to decline into the future leaving immigration to make up the shortfall.”

Why does Canada need so many immigrants? Well, it has an ageing population and a low birth rate, which means the nation cannot grow healthily without bringing in young, skilled individuals. The country’s growing reputation as an international education hub will go a long way in filling this gap.

International students in Canada may work in the country after completing their course via the PGWP. Study and work experience in Canada are important prerequisites when applying for permanent residency — which foreign graduates may access via multiple pathways. This year alone, IRCC has introduced new immigration programmes for essential workers, refugees, and citizens of Hong Kong.

Now that vaccinated students are no longer required to quarantine when returning to campus, the population of international students in Canada can only grow from this point. Back in April, IRCC announced pathways to permanent residence for over 90,000 essential workers and international student graduates who are actively contributing to Canada’s economy. Since then, it has also been actively holding large Express Entry and Provincial Nomination Program (PNP) draws to increase opportunities for immigrants.

“These new policies will help those with a temporary status to plan their future in Canada, play a key role in our economic recovery and help us build back better,” immigration minister Marco Mendicino said at the time. “Our message to them is simple: your status may be temporary, but your contributions are lasting — and we want you to stay.”

What Indian students should know about returning to Canada

How to qualify for Ontario's new demand-based immigration stream