Italy on Tuesday postponed the return of high schools as part of new coronavirus restrictions, as a charity warned thousands of students were dropping out after months of distance learning. Teenagers will return to class on January 11 instead of January 7, when younger children go back to school — but then still only for half their time, under a new government order.

Many face further delays as several regions had already decided to postpone the return of high schools until the end of January, judging them too risky. Italian teens have only been in face-to-face classes for a few months in the past year due to the spring lockdown and further restrictions imposed at the start of a second wave in the autumn.

Italy has been one of the countries worst hit by the COVID-19 pandemic, with more than 75,000 deaths so far. The charity Save the Children warned Tuesday that the pandemic had “severely affected” the lives of millions of youngsters and said distance learning had caused “perhaps irreparable damage”. 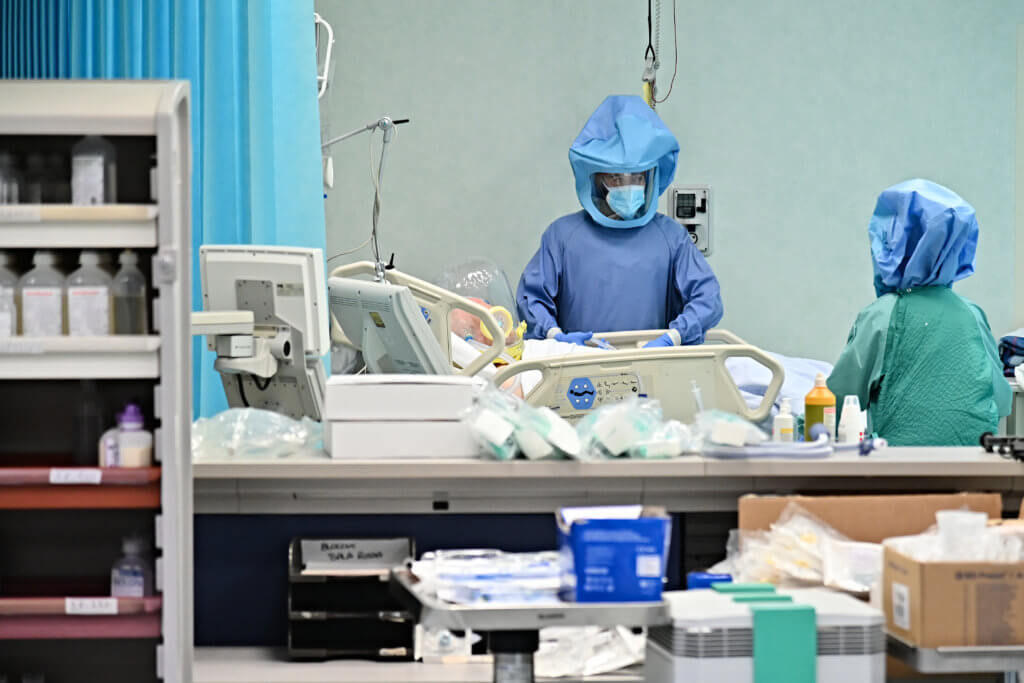 With more than 75,000 deaths, Italy is on the brink of exhaustion and hospitals are overwhelmed. Source: Andrea Solano/AFP

It published a survey of 14 to 18-year-olds in which 28 percent said they had at least one classmate who stopped attending lessons, warning tens of thousands of school students may be dropping out. The 1,000 teens surveyed cited the difficulty in connecting online and lack of concentration, while 37 percent said their own ability to study had been negatively affected.

Save the Children also warned of the risks to children who do not have the technology or the space at home needed to work online. “We run the risk that long absences from school will turn into permanent abandonment and that many girls and boys in this serious economic crisis will end up swelling the ranks of exploited labour,” said Raffaela Milano, director for Italy-Europe.

The government also extended a ban on moving between regions until January 15 and confirmed bars and restaurants would stay shut over the weekend of January 9 and 10. The whole of Italy was put into a high-risk “red zone” for most of Christmas and New Year, up to January 6.

San Marcos Academy: A Christian preparation for college and beyond

'I don’t want to give up': The international student campaign to return to China

10 fully-funded postgraduate scholarships in Europe for 2021

‘Cradle of hospitality’: Why this Czech chose to study in Switzerland