‘Our students are suffering’: Frustrations mount for students locked out of Japan

The Tokyo Olympics is scheduled to start in July despite public opposition, sparking frustration from international students who are still currently locked out of Japan. The Olympics were delayed by a year due to COVID-19, and the country has banned most travellers from entering the country.

According to its Ministry of Foreign Affairs, foreign nationals who have been in one of the 159 banned countries or regions in the 14 days prior to landing in Japan are denied entry.

The top five countries of origin for international students in Japan are China, Vietnam, Nepal, Korea and Taiwan, according to Japan Student Services Organisation (JASSO), which is under the jurisdiction of the Ministry of Education, Culture, Sports, Science and Technology of Japan.

Foreign nationals who have been in one of the 159 banned countries or regions in the 14 days prior to landing in Japan are denied entry. Nepal is one of them.

A poll conducted between May 7 and May 9 showed that 59% of Japanese people want the Games cancelled. Students who are locked out of Japan are highlighting their frustrations online through a Twitter account, “Students, workers, spouses stranded outside Japan,”.

“Students are unable to come while Olympics are still on the agenda,” it said in a tweet. Another Twitter user, Totue, tweeted, “Yes! Japanese can study abroad while foreign students cannot study in Japan. Athletes can enter Japan but international students cannot. European students wake up in the middle of the night to take online classes. Plz interview them too. Ask them how they feel.” 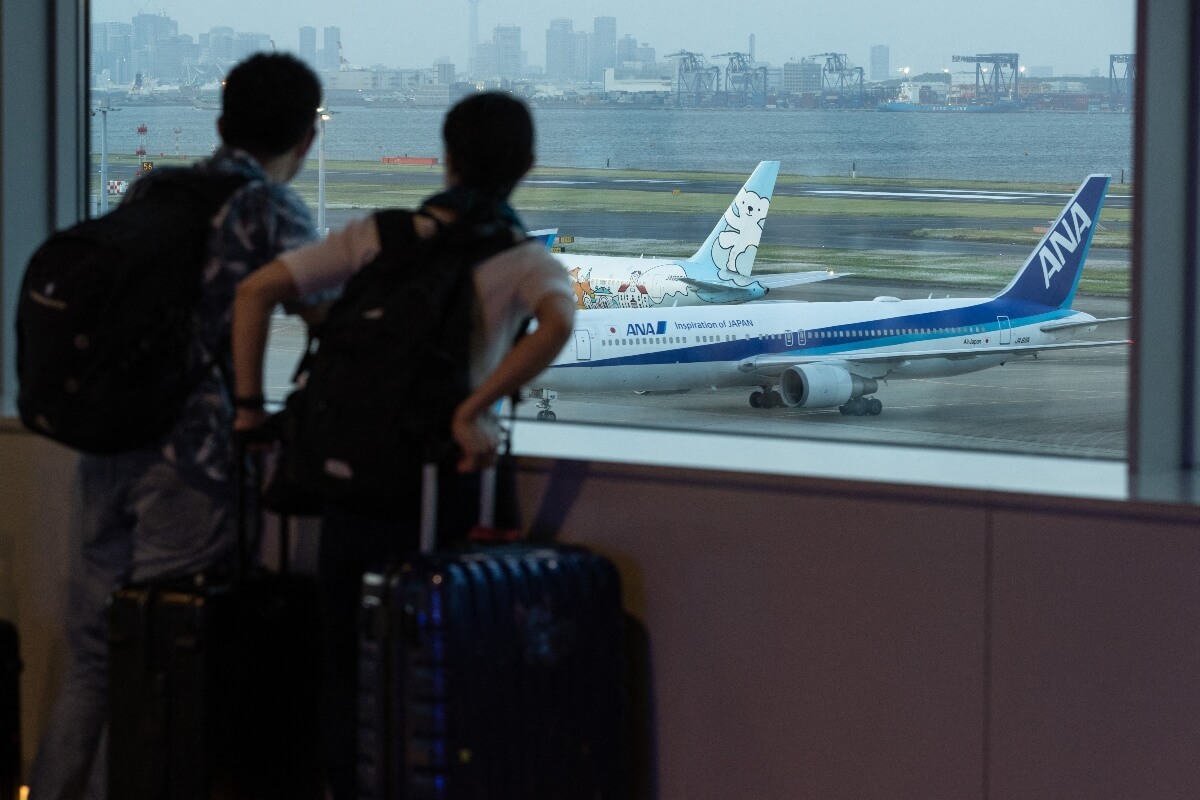 Foreign nationals who have been in one of the 159 banned countries or regions in the 14 days prior to landing in Japan are denied entry. Source: Yuki Iwamura/AFP

An open letter by scholars regarding Japan’s border closure addressed to Japan’s Minister of Justice Kamikawa Yoko has demanded more transparency regarding border control procedures. It called for the country to reopen applications for long-term visas and to open borders to long-term visa holders, their partners and family members. The letter, dated May 21, was written by a group of academics, either employed at Japanese institutions or working in areas related to Japan, who are concerned about current Japanese border policies.

“Currently, the borders are closed to all but Japanese passport holders and current long-term visa holders as of January 2021,” the letter read. “There have been slight shifts and exceptions, for example for those with Japanese government scholarships or those married to Japanese-passport holders. But many whose visas were in process remain in limbo, with their lives on hold until the policy changes, without any indication of when or whether this change might happen.”

In case you haven’t signed the form, you can find the link down below.

“As scholars concerned about our students, and as humans with emotional and community needs across borders, we wrote this.” @SzendiChelsea

A big THANK YOU again to all the people who worked on this! ❤ https://t.co/fVoVVKg0CJ

They add that the current situation is “extremely concerning,” adding that educators are worried about students’ wellbeing and learning outcomes. Undergraduate and graduate students who are stuck outside of Japan are forced to attend online classes at odd hours and lack sleep as a result. Students who continue to be locked out of the country have had to postpone their travel, change their research project or even lose their scholarships.

“They are postponing their futures, putting their lives on hold, and watching their financial resources dwindle. The whole situation puts students expecting to study in Japan under extreme stress. Some have already been forced to abandon their plans to come to Japan at all. Our students are suffering. Our institutions have no clear guidance or support from the government. We are also suffering,” it said.

Australia’s international borders not open to ‘everyone’ yet, clarifies PM

‘We want people back’: NSW to scrap quarantine for international travellers

Check out this postgraduate scholarship to Japan for 2022