At the Royal Russell School, students evolve into well-rounded graduates. From the classroom to the labs and pitch, programmes ensure they receive the knowledge, skills, and experience to succeed in university and beyond.

For Maria from Russia (Year 7), the favourite parts of her lessons are the technology she gets to use and the freedom to try new things. “I like our iPads which we are given for all our work,” she says. “Science is really exciting. We do our own experiments which help me understand things better.”

Royal Russell students understand more things too. “I love being creative and can study new subjects like Food and Nutrition and Media Studies,” states Daniel from Bulgaria (Year 10). However, once they’ve found their passions, they can choose to specialise, like Year 12 student Barbara from Poland did. “I love that I can study just three subjects at A Level,” she says. “I can specialise in the areas which interest me and learn more about them, which is helping me choose my university course.”

Whichever approach they choose — tech-driven, broad or niche — one thing is constant: support from teachers and staff. “My EAL teachers are very kind and we get lots of support in small groups,” says Abilmansur from Kazakhstan (Year 9).

Learning and socialising outside of the classroom is important at Royal Russell School. Graduate Kei from Japan, who is now at Oxford University, took part in a number of conferences as both delegate and chair. In Year 13, he was appointed to be the President of the Security Council at an annual International MUN Conference hosted by Royal Russell.

“Being an MUN Club member has been both an enjoyable and useful experience,” he says. “Thanks to MUN I improved my English language, public speaking and communication skills, which are essential at university!”

Over at the Football Academy, a sports programme integrated with the school’s academic curriculum prepares young people for a potential career in football as well as the possibility of going to top universities. 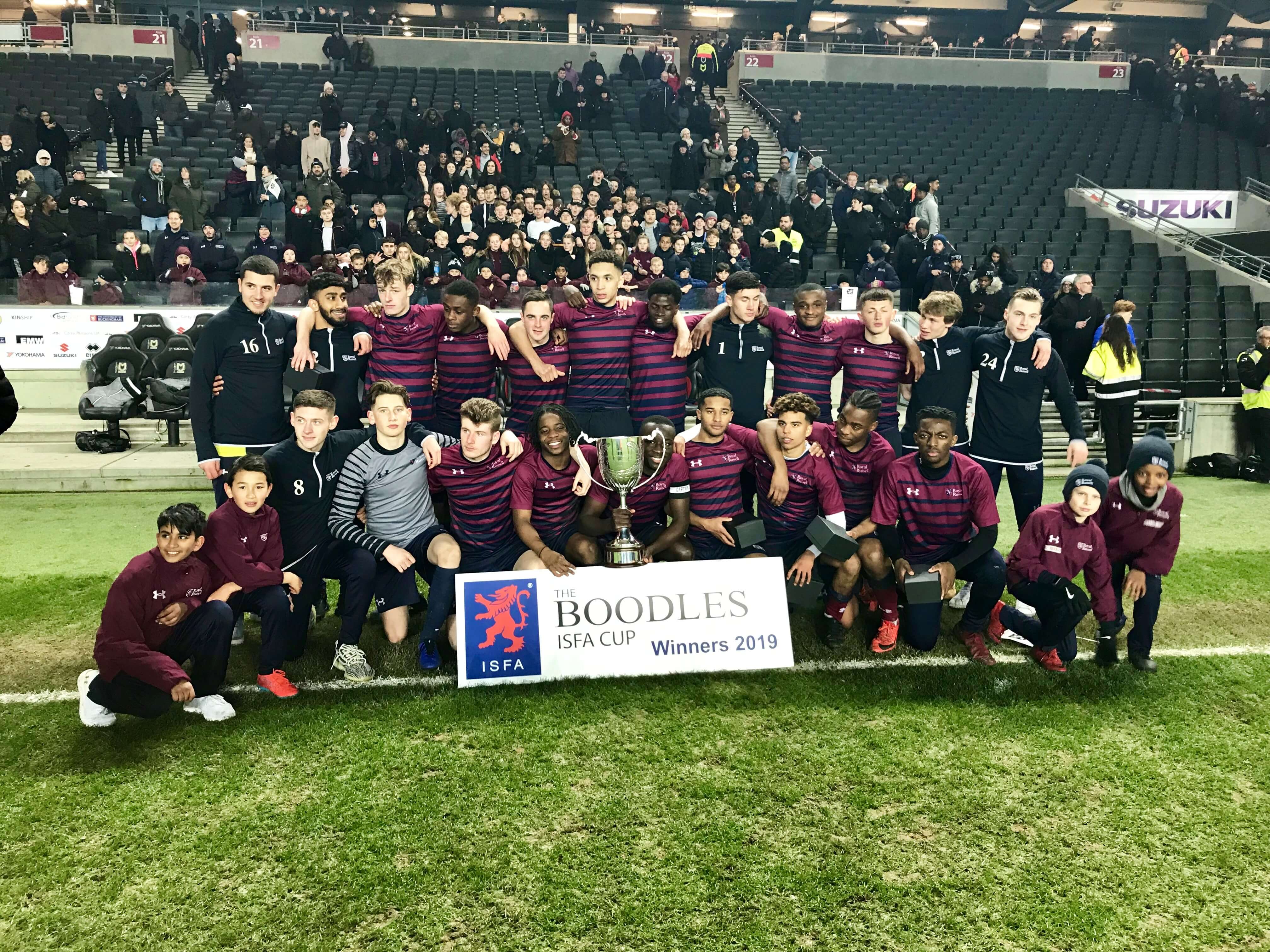 Former captain Rhys (Sheffield United and Wales) spoke very favourably of the joint programme: “If my football career does not work out, I have the grades to go to a good university.”

A fit body needs a full heart — which is what the performing arts at Royal Russell supply. From learning musical instruments to performing in the orchestra, jazz band, wind band and rock bands, to singing in various ensembles— including LAMDA Drama Club, House Drama competition and whole school productions — music and drama are the passions for many students here.

“I love being able to play when I want to and to have the chance to perform as part of a group or on my own. The Performing Arts Centre is a magical place.”

“Whole school drama productions bring together many students of different ages. The rehearsal period is intense, but fun, and the final performances are always incredible.”

Weekends are just as full and fulfilling. From go-karting and rock climbing to jewellery and scarf design; from castles and museums to art galleries and street markets; from theme parks and Harry Potter World to cinema or theatre visits and Premiership football matches; Royal Russell maximises its London location to the max.

STEM (that’s Science, Technology, Engineering and Mathematics) challenge students to think in a different way. They get to build on what they learn in individual subjects, make links to solve problems and work in a team. “Finding out things together in a sense of competition .. even better when you win!” enthuses Valerie from Russia. 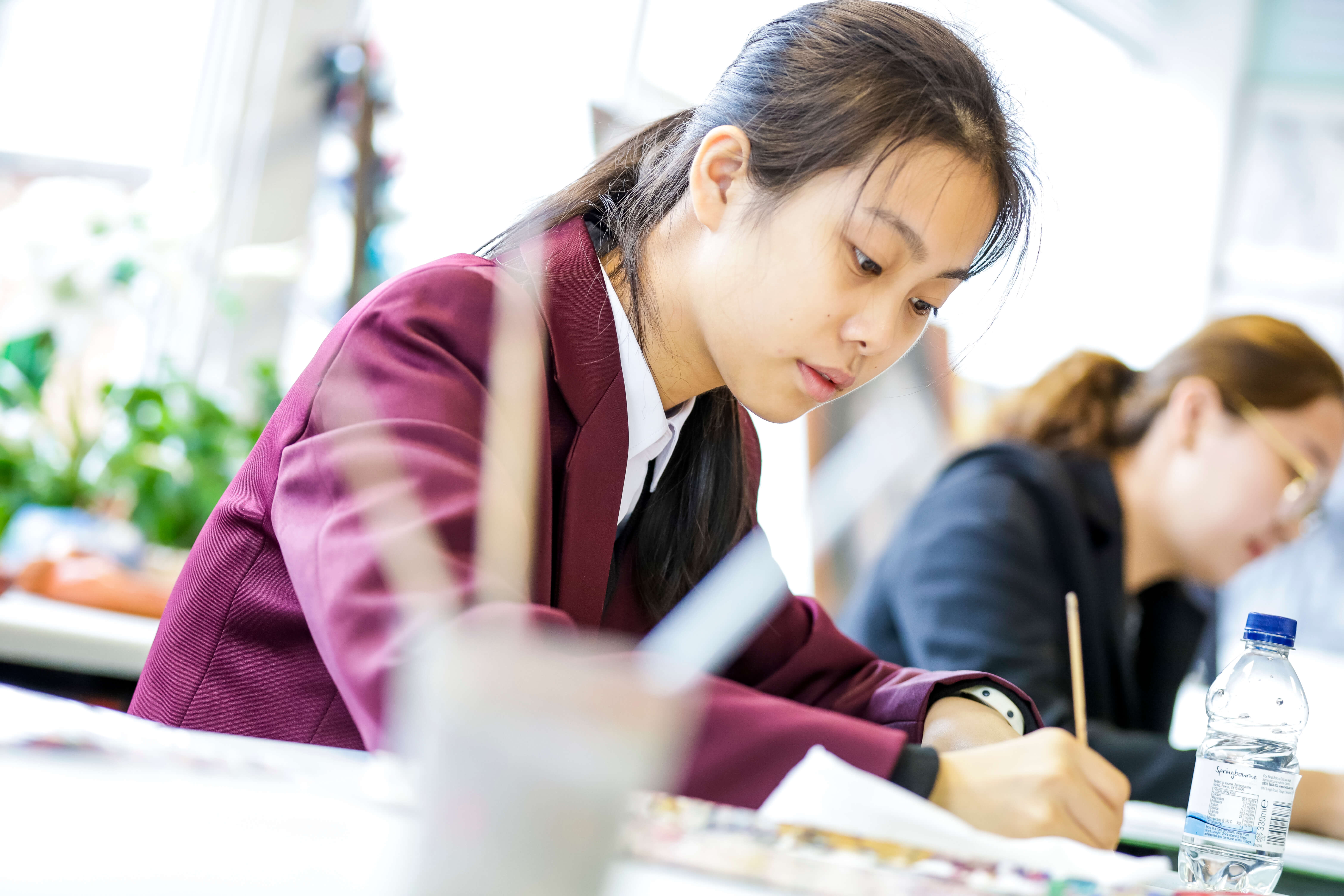 Kei benefited greatly from attending problem solving challenge competitions as a member of the school team. “The problem-solving skills and creativity I gained through this activity still help me a lot in laboratories and coursework modules I am currently working on,” he explains.

Ali (from Romania) has created a website to which she has encouraged fellow students of all ages to contribute their own articles on any scientific topic. The magazine, drawn from the website’s articles, has won the Harrison Cup, a national competition, for showing “flair, innovation and excellence.” Ali is now reading Physics with Philosophy at York University.

Her successor, Sacha (first left in photo) has won the Shine Scholar of the Year Award as editor of Russell’s Teapot. The judges said, “Sacha has done an outstanding job … covering all areas that a magazine editor needs. He consulted experts and others in order to enhance his knowledge, and as a result has produced a beautiful piece of work.”

Thanks to the school’s vibrant community, Howard (now at Hong Kong University) believes he developed confidence, awareness and independence. “The experience of cultural exchange in such a caring community made me more aware of other’s needs and opinions; but it also allowed me to discover more about myself and what I wanted to do in the future.”

While programmes enriched their minds, bodies and souls, it’s the people of Royal Russell School that help students take their next steps with confidence.

“I got a lot of support and guidance when writing my personal statement and had a chance to discuss my university choices with several people, which allowed me to make more informed decisions,” writes Ola (Poland), now at Cambridge University studying Mathematics. 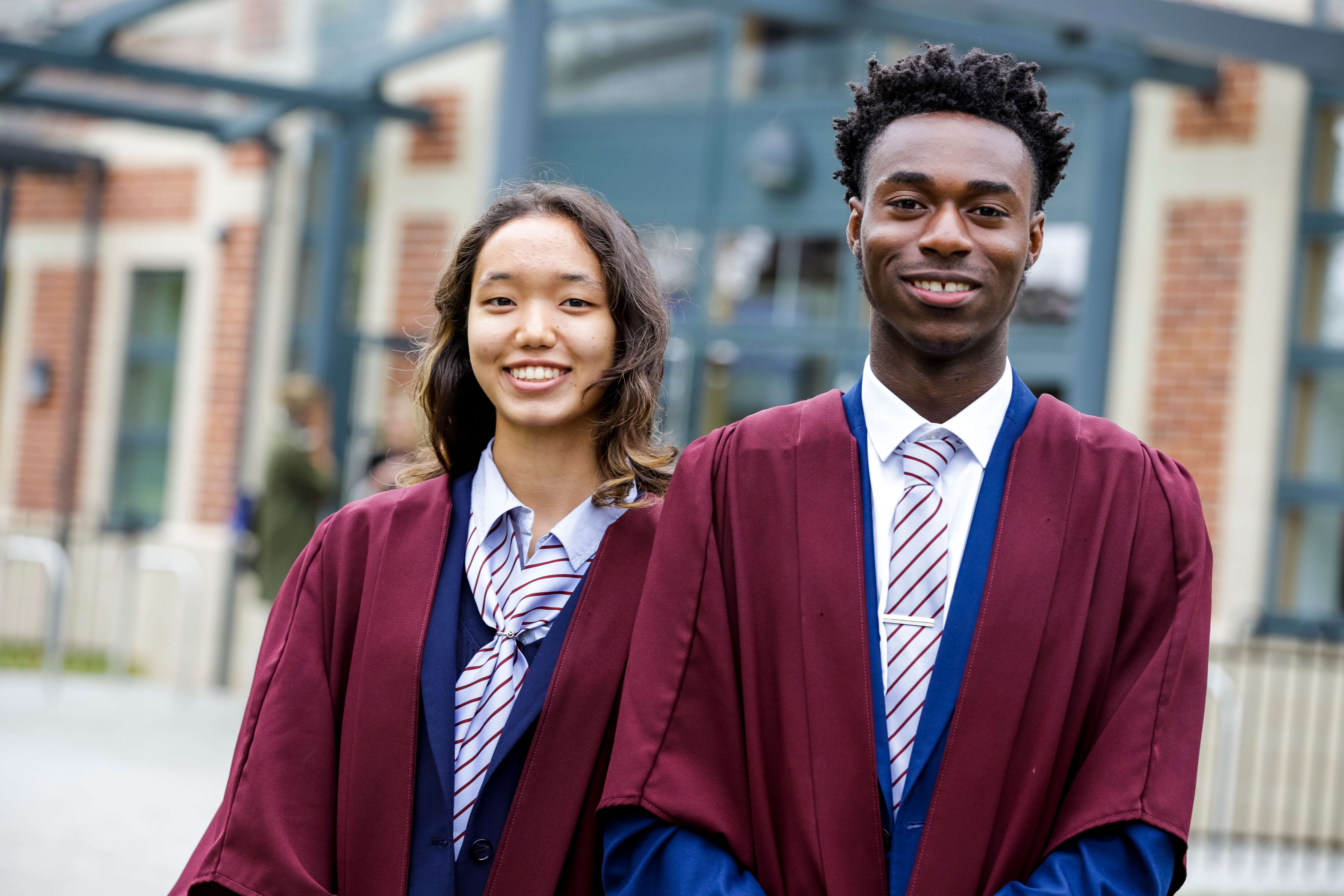 Firuza (Azerbaijan), now an International Relations student at Queen Mary’s, London, agrees: “The school really helped me with the choice of the universities and also made me confident about what I would like to do in the future. We had a Careers Fair as well as a University Fair which provided us with essential tips for choosing the right course.”

“In a single year we have cuisine from countries like France, Spain, Italy, Germany, Greece, China, Scotland, Jamaica, Japan, Russia, Korea, Ireland, Wales and the other regions of England,” say the Heads of Boarding. “Our chefs are always willing to try other new dishes and follow recipes supplied by students.”“Fun, friends and family.” Yasmin, a student from Kazakhstan, now at the London School of Economics and Political Science studying Mathematics, Statistics and Business, sums it up best.

“Why Fun? Because no two days were the same for me at school. Every day I would learn something new and get involved in a new activity,” she explains.

“Why Friends and Family? I believe the main advantage of living in a boarding environment is that you get to know the people you live with very quickly. During the two years at Royal Russell, I made some good friends with whom I stay in contact with until now. Furthermore, teachers and school staff look after you all the time. They are willing to help you out or give you some guidance/advice which makes you feel at home.”

Firuza from Azerbaijan feels the same. “‘Friendly, diverse and open-minded’ because of the international community that the school welcomed. When I joined the school everyone was very kind and the transition was very smooth for me.”

Royal Russell School: Nurturing students for university success and beyond

Royal Russell School: Nurturing students for university success and beyond