Australian higher education is no stranger to mergers. Starting in the late 1980s, 89 institutions in Australia offering higher education courses consolidated to a much smaller number within a few years. Eventually, these become the 39 Australian universities we know now. 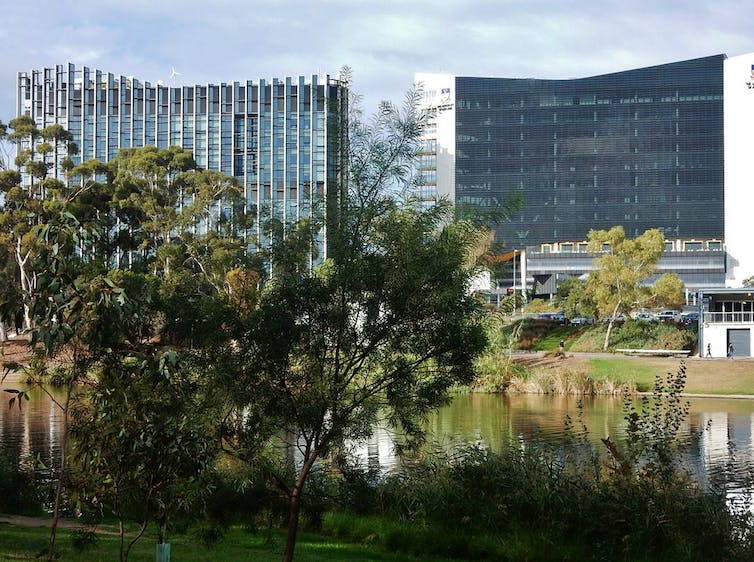 Merging UniSA and the University of Adelaide could produce a number of benefits. Michael Coghlan/flickr, CC BY-SA Gwilym Croucher, University of Melbourne

These mergers provide some insight into how combining two institutions can be successful. Aligning the cultures and expectations of the merging institutions counts, as does good leadership.

The advantage of scale

Why propose to merge two successful universities now? The discussion paper released by the two universities sets out a number of likely benefits from the merger.

As a newly reconstituted university, it emphasises, the strengths of each institution can provide opportunities in teaching and research, which can be hard to achieve through collaboration rather than merger.

The University of Adelaide is older, with a larger budget, fewer students and more staff than UniSA. UniSA is newer, but has been attracting students and research funding at a steady rate over the past few years.

They will be more than the sum of their parts, the argument goes. Central to this is that the new university will be an “internationally oriented university of scale”, able to attract more international students and move up in university rankings.

Scale is one important aspiration here. A number of leading universities worldwide, such as the University of Toronto (with just over 90,000 enrolled students), are large teaching universities, while other leading universities have large budgets and armies of research academics. Scale is seen to provide opportunities and was one of the key reasons for the consolidation of institutions in the 1980s.

So we’ve been here before?

Not quite. The frenzy of mergers came about in 1988 as the federal government announced a new structure for the higher education system. This system focused on one type of institution – a university – in what was to be called the Unified National System.

At that time, several types of institution were delivering higher education, including 46 non-doctoral-granting ones called Colleges of Advanced Education.

In restructuring Australian higher education, the education minister at the time, John Dawkins, pushed for larger institutions (all of which chose to call themselves universities) using student load to set minimum size. The minimum was set at 2,000 full-time equivalent students. Some 5,000 were required for teaching and some research activity and 8,000 for “relatively comprehensive” research.

Welcome to #UAOpenDay 2018! Visit our North Terrace campus until 4pm to see what uni’s all about, and get answers for your uni questions: https://t.co/OHt65nIF36 #Adelaide pic.twitter.com/0tStbZDOx0

These mergers were all said to be voluntary, but there were very strong incentives for them to occur. Several of the Colleges of Advanced Education had started offering doctoral training and sought university status. Some smaller institutions were less enthusiastic but had few choices but to find a partner if they were to meet the federal government’s plan.

By and large, merging many different institutions in Australian higher education in the 1990s has been successful. If the proposed merger between The University of Adelaide and University of South Australia comes to pass, it will be different from those early mergers, not least because none were between two existing universities. But they still provide insight.

The full process of the Dawkins mergers took nearly a decade. While there were many successes, there were also notable failures. These failures caused ongoing disruption for students and academics.

For example, one campus refused to use another’s distance education centre and established its own instead. This undermined the logic of achieving better performance and efficiency while reducing duplication. The pursuit of local advantages by some institutional leaders became unsustainable and the Network University was eventually dissolved.

Some lessons from the mergers in the 1980s

Scale can have benefits, but as the story of the Network University of New England and others show, care is needed in forming a new university, to ensure it doesn’t become different campuses and cultures adopting a single nameplate.

Have your say – the discussion paper about the potential merger between our University and @UniversitySA is now available. Read the paper and submit your feedback here: https://t.co/HH66QzBhOQ Submissions are open until 21 September 2018. pic.twitter.com/11WCnpJ3Jr

Both UniSA and the University of Adelaide have strong programs in many shared areas.

A lesson from earlier mergers is that a challenge can come in ensuring a unified culture emerges – one that respects and celebrates all staff and students, and is sensitive to the different histories of institutions while providing a shared vision for the future. Here, good leadership can align aspirations with the expectations, and match these with a transition that brings staff, students and community along at each stage. This is an ongoing task for any new univerity’s vice-chancellor.

By Gwilym Croucher, Senior Lecturer, Melbourne Centre for the Study of Higher Education, University of Melbourne

Australia hidden asset: Universities are the new wealth of nations

Australia: Nearly 1 in 2 international students worry about their finances – report

International foundation programmes that prepare you for UK university life