This future astronaut’s space exploration starts with research on ‘Mars’

When we first heard of Malaysian student Jin Sing Sia, it was through his involvement in space exploration research. It was 2019, and he was an engineering undergrad at the University of Waterloo. Since then, he moved on to an electrical engineering master’s at Western University. Over a year later, he’s finally going to “Mars.”

Sia is part of the Mars Desert Research Station (MDRS), which has set off to a desert environment simulated to be as close as possible to the conditions on Mars. For two weeks, the MDRS crew will live and work within the limitations expected on the Red Planet, which include delayed communications, confinement, and freeze-dried rations. It ties in with his research on multispectral images — which is a type of imagery used to determine the composition of a planetary surface — as well as research on space exploration instruments. 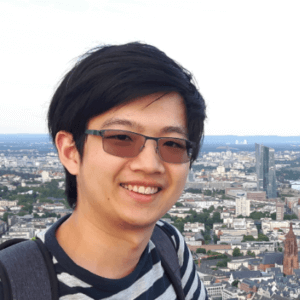 “Since there isn’t a Wal-Mart (or anything at all besides rocks and dirt, really) for many kilometres around, we will have to be careful with our resources,” he explains in a blog post. “We will only be able to shower once every three to four days and only for three minutes at a time, for example. We will also be learning to grow our own food in a greenhouse next to the station. By learning to live on limited resources on Mars, we will learn to live on similarly limited resources on Earth.”

“I think if I can inspire people to live with a cosmic sense of purpose, that would be the best possible outcome,” Sia elaborated in an interview with Study International. We spoke to him right before his departure to the US, where he shared details on his mission, passion, and why space exploration matters more than ever.

How did you come across this opportunity to research Mars?

I heard about the opportunity through word of mouth, essentially. So I applied to go in 2018 — I was only 19 at the time — and I was a second-year engineering student. The people who normally got accepted were, you know, NASA engineers, PhD holders, respected scientists, so I wasn’t expecting to get in.

In April 2019, I finally got the response on my application; I was accepted as a backup crew member. Since I wasn’t expecting to even get in at all, I was over the moon. Then after communicating with the mission commander, she agreed to bring me on to the prime crew. This mission was originally scheduled for April 2020, but it would happen over a year later because of the pandemic.

Tell us more about the mission. What’s your role in it?

So there were originally eight of us, including myself, but now people have had to drop off because they couldn’t get vaccinated or because of scheduling conflicts. We’re down to four.

I’m going to be the health and safety officer. So this means that I’m responsible for the operational health and safety of all the crew; prevent accidents before they happen. We also stay safe against COVID-19. I’ve actually been working with the commander over the past couple of months to implement COVID-preventive measures, and in the rare, unlikely event that there’s a medical emergency, I’ll be responsible for our response.

How did you prepare for this role?

I had to get first-aid training, CPR training, in preparation for this role. I’ve also communicated with a previous MDRS commander to get advice on how to best prepare medically, because my training is in winter. So I’ve been studying extra hard on my first aid and CPR because I know that if there’s an accident out there, we do have access to 911 — but it’s going to take longer for them to get to us because we’re in a remote area out in the Utah desert. 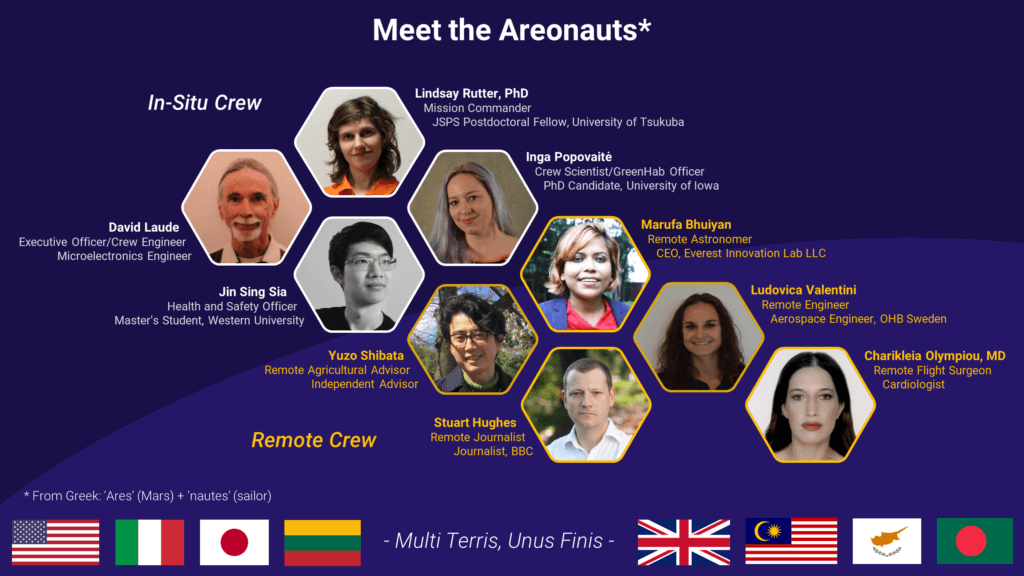 Sia’s crew count may have halved, but the mission goes on. Source: MDRS

Have you always wanted to become an astronaut?

Yes, ever since I was a child. Growing up in Malaysia, that didn’t seem like the most likely possibility. So far, Malaysia doesn’t have too large of a space programme, which is why I decided to come to Canada. Canada is getting increasingly involved in this space industry.

I think that by going to this simulated Mars mission, we’ll not only be contributing to research for Mars exploration, but it will also help me understand myself and how I respond to these kinds of situations. For example, how would I respond to being in such a small, confined environment? Could I work effectively in these kinds of conditions, under pressure? So this is also a journey of personal exploration for me.

Just how small is this space?

The facility itself is basically a cylinder that’s about eight metres in diameter. The four of us have to live there for two weeks, at least. This is similar to the design of what a real Mars spacecraft would look like. It has to be really small and light, because it’s very difficult to send things to Mars. You want to keep the mass as low as possible.

So this confinement is one of the biggest concerns people have about sending people to Mars — will people be able to take it, psychologically? This is exactly why we’re trying to simulate this out in the desert in such a confined space, because it’ll let us practise.

You know, we first announced this mission in 2019. People would say, “Whoa, eight of you are going to be in that small space for so long.” Then lockdown happened, and now what we’re doing doesn’t seem so extraordinary anymore.

On a serious note, going through the lockdown has provided me with some comfort over this because I now know that I can handle confinement in isolation, especially in close proximity to my roommates for extended periods of time. I think that it’s all better equipped to adapt to life in space. 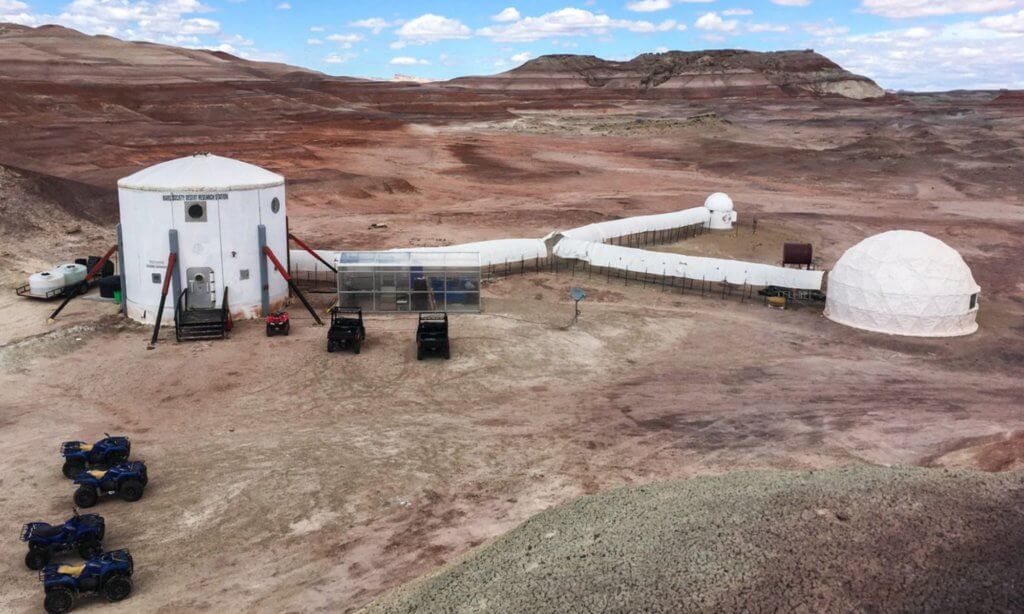 Sia will spend two weeks at the MDRS in the Utah desert. Source: MDRS

What will you be bringing with you on the mission?

I’m planning on bringing my ring light because I want to shoot some videos. Besides that, we’re not going to have internet access, so I’ll only have sporadic access to email. If you send me an email, it’ll take me at least 40 minutes to get back to you because of the distance between Earth and Mars at this time of the year.

That means I’ve had to download all of the music and the movies and books I wanted to read. If you ever need a good ice-breaking question, ask, “If you ever went to Mars, what music would you bring with you?”

So what music are you bringing to “Mars”?

Yeah, but when you actually have to do it, you really have to think hard about it. So … a number of movie soundtracks, like “Interstellar” and “First Man.” I also downloaded the soundtrack for “La La Land” because I really liked that movie. There’s also a number of space songs like “Spaceman” by Harry Nilsson, “Rocket Man” by Elton John, and “Space Oddity” by David Bowie.

What’s in your future with space exploration? Do you want to go to Mars for real someday?

Oh, yes, absolutely —  it’s been my dream since I was 11 years old. It’s what inspired me to become an engineer, now studying electrical engineering and space instrumentation. Every major decision I’ve made have been guided by this lifelong ambition to go to Mars.

Dr. Robert Zubrin said both individuals and civilisations need challenges in order to grow. I think Mars is the next logical step. Even if there was a 50-50 chance that I wouldn’t come back alive from Mars, I would still go, because I think it would be worth the risk.

The top 5 science virtual tours to Mars, the Smithsonian and more — all free

Swiss kids suit up for 'Mission to Mars'