This French student gave up everything to study in Japan

Bastien Barber made big sacrifices to study abroad in Japan. The 26-year-old quit his job and sold his house in France, only to still find himself studying remotely in his home country after nine months due to Japan’s border restrictions.

“Because the Japanese government doesn’t provide clear enough information, I’ve not been able to find a job because I don’t know how long I will be waiting,” he says.

We speak to him about his interest to study abroad in Japan and the country’s soul-crushing border restrictions:

Tell us about your educational pathway and what sparked your interest to study chemistry.

I’ve always been a curious person. When I was a child, I used to bore my parents with endless questions.

Then, the time came for me to choose my study path and I felt deeply attracted to chemistry and physics. It was and still is my passion to learn about why things react a certain way.

I’m always amazed when I discover something new — just like I would as a child. 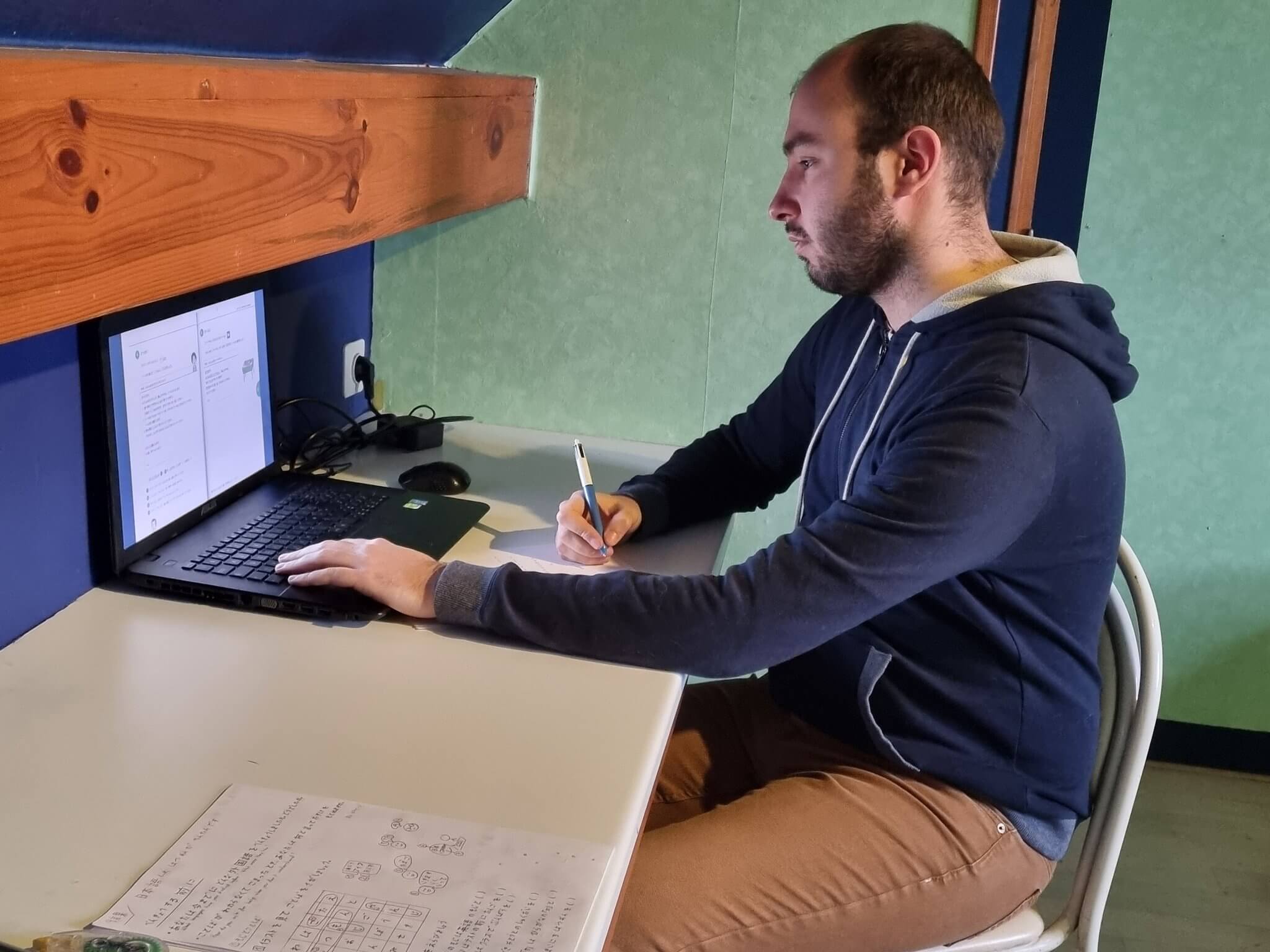 With no real timelines, Japanese citizens are able to travel freely and come back, and new quarantine rules every day. Source: Bastien Barber

What made you decide to study abroad in Japan?

As far as I can remember, I’ve always felt a deep attraction for the country — the culture, the food and the history. I’ve also always wished to travel there but was too young back then to financially support this dream.

After spending four years studying the application of chemistry in synthesis and improving processes, I worked at a lab specialising in synthesising PVC in France to earn money. I was on track to prepare for, what was without a doubt, a life-changing experience to study abroad in Japan.

I wanted to continue my studies in chemistry but also achieve my dream of visiting Japan. So my interest to study abroad in Japan led to me applying to a language programme there so I could then enter a good uni.

Following the announcement of #japantravelban, are you considering giving up on Japan if nothing is decided quickly?#EducationIsNotTourism

What are the biggest challenges you’ve faced as an international student locked out of Japan?

The lack of communication from the government was the biggest obstacle in my nine-month wait for Japan to open its borders. I applied to start this year in April and in order to do so, I quit my job in March, sold my house and went to live with my mother ahead of my “departure.”

Never did I expect to still be in France waiting and living life in limbo. Because the Japanese government doesn’t provide clear enough information, I’ve not been able to find a job because I don’t know how long I will be waiting.

With this, I’ve also dealt with the lack of income since I feel like I can’t plan anything in my life. For all we know, Japan could announce a new policy any day — a new country banned, a new quarantine rule, and so on.

All I did was focus on studying Japanese by myself and wait patiently for news that never came. It was a very dark time because countries everywhere else were reopening for students and workers — yet, here I am.

Blanket travel bans will not prevent the international spread of Omicron and they place a heavy burden on lives.https://t.co/UidrJeLgWh

Please help by sharing this video.

In your opinion, what should be done to help students locked out of Japan?

The new travel ban is, from my point of view, completely unreasonable and unfair. Not even a month after the “opening” announcement, borders are closed again.

People were beginning to finally move on and this was just another slap in the face. What I don’t understand is the need to ban everyone from entering except Japanese citizens and residents to come and go as they please.

We (stranded students) are vaccinated, willing to quarantine, do PCR tests, and do whatever else the government requires to stop the spread of COVID-19. But yet, we can’t.

The ban is purely political in my view, science has left the chat a long time ago. I’m in touch with a lot of other stranded students on Twitter and they are the only reason why I’m not giving up just yet.

This Twitter community was built by Davide Rossi, the CEO of Go! Go! Nihon, who did a great job at providing us with the latest news, sharing petitions and working with Japanese schools to pressure the government. I’d advise you to check out his website.

As of today, he and his team still fight for our right to education. I strongly advise anyone in a similar situation to help them by supporting their cause — a truly great job!

Have you received any support from your school or uni?

Fortunately, my school was supportive and understanding during the beginning. Instead of preparing online lessons (which I would have to wake up late at night to attend), they filmed video lessons and uploaded them on YouTube.

Then, they sent emails with links and textbook scans so we could study at our time convenience. I thought that was a good idea.

I was able to take my mind off some stress, focus on improving my skills to prepare for my departure to study abroad in Japan. Unfortunately, months went by and I sensed it became more difficult for the school to continue providing that support.

The video lessons became fewer and emails responses were delayed. In November, the government stated the border reopening for students but the reality is, it never happened.

Message from the Ministry of Education to the international students who have been looking forward to studying in Japan.https://t.co/rVrpSE3RNJ
We have been asking MEXT for a public message. Hopefully they’ll keep communicating.#japantravelban #Educationisnottourism

New documents were required and the schools struggled to prepare the paperwork. For students, there were also strict timelines based on the date of when our COE was issued.

All in all, the biggest problem was from the lack of support with government officials — no information, no communication and policies that ruined thousands of lives still happening as we speak.

What’s your backup plan if your study abroad in Japan plan doesn’t go your way?

Regrettably, I don’t. It’s more of the fact that I don’t want to think about it. My family has pushed me to give up on my dream to study abroad in Japan but I can’t bring myself to.

It would truly break my heart because I’ve invested so much time and effort into it. If this travel ban continues, I will eventually have to move on and a lot of people have recommended going to South Korea instead.

Some of my online friends also mentioned Canada to be a good destination but it’s still not the same.

What advice would you give to students who want to study abroad in Japan?

It would be to not feel alone and reach out to others to speak about your situation — to family, friends or just even online. There are a lot of students in the same boat and I’m persuaded that all together, we could make a difference.

I created a group on Twitter for the stranded students (where we just message each other) and workers and it was honestly one of the best initiatives. Sharing your thoughts and problems with people who are going through the same really helps.

How long do you foresee Japan’s travel ban to last?

The government said it would be for one month longer. Honestly, I don’t trust what they say anymore and I wouldn’t be surprised if they announced another extension.

If they continue onto next year, I plan to ask my school for a refund and drop out of the programme. By that time, hopefully, I’ll have figured out a plan B.

Deep in my heart though, I really wish for them to see sense and start letting in small groups of students at a time. With tests, quarantines, and strong SOPs, I’m convinced we can be let in the country without being a threat to anyone.

Waning interest from Indian students to study in Australia: researchers