Foreigners can soon return to study in Japan, as the country has recently announced the reopening of international borders. Students will need to go through similar processes and paperwork as business travellers, which must all be pre-approved before they can travel there.

This latest news hasn’t been welcomed with open arms by a lot of international students, though. For months, those locked out of the country have been campaigning for their return to Japan using the hashtag #EducationIsNotTourism.

Despite the easing of borders, those who chose to study in Japan might not be expected to return until next year. We talked to Chris from the US, a first-year MiM student at NUCB Business School about his thoughts on the whole situation below:

Walk us through your course interest.

The degree programme I’m in is called a Master’s in Management which is basically a business management degree geared towards specialists. I’ve always been interested in entrepreneurship and investment since I was 13 and have worked to make that my career in the future, just like my grandfather did. 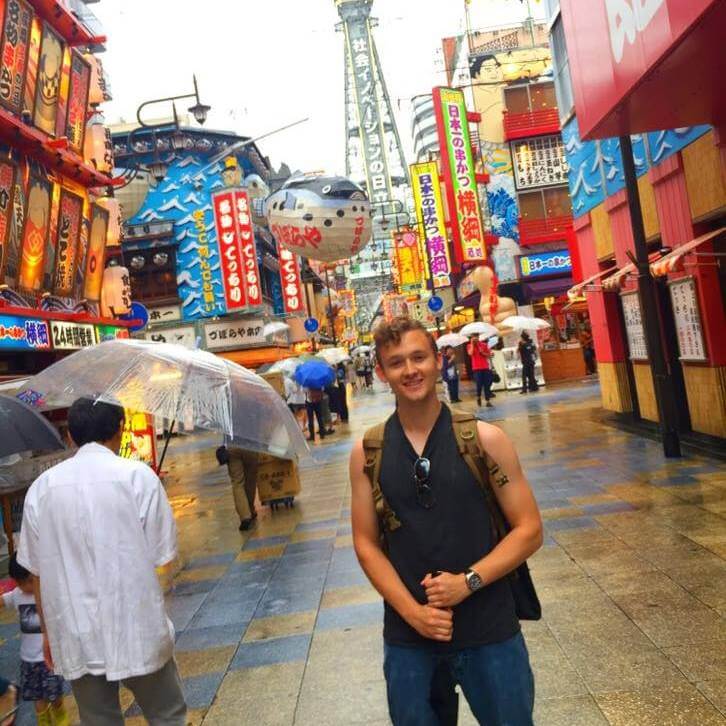 “After living in Japan for a short while and becoming fluent in the language, I realised that was the place I wanted to build my investment,” he says. Source: Chris

I picked my course because of its international connectivity and rigorous studies with a focus on case methodology and collaboration.

What made you choose to study in Japan?

After living in Japan for a short while and becoming fluent in the language, I realised that was the place I wanted to build my investment. So I chose to study in Japan because of my institution’s location in a major Japanese manufacturing hub.

I’ve also been to Japan four times and all for different reasons but the major one, this time around, is because I plan to build a life and business there. During my last visits, I felt I had adapted very well to the community and lifestyle.

The life there really fit well with my personality and I enjoyed blending in. Technically, I’ve studied abroad twice, interned once and took part in a short-term exchange in Japan.

One was under a programme from the US State Department, the Rotary Club, and my undergraduate uni. The internship was through a local connection I made there.

I’ve stayed with two host families both of which were life-changing experiences because they were so different from the stereotype. Choosing to study in Japan was a no-brainer as I was so happy there before and I have decided to settle down there once I can actually get in. 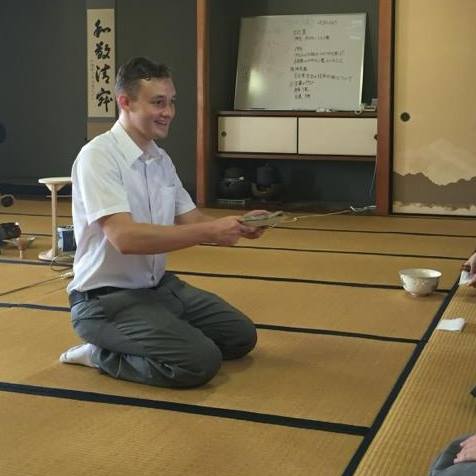 “I’ve also been to Japan four times and all for different reasons but the major one, this time around, is because I plan to build a life and business there. During my last visits, I felt I had adapted very well to the community and lifestyle,” he tells Study International. Source: Chris

Choosing Nagoya was a coincidence but it just so happened that the school that caught my eye was also based out of the city I love. Another major reason is that I’m engaged and I wanted to boost my career knowledge in a Japanese environment to ensure success for my fiancé and me.

Lastly, I realised building a business in a foreign country is no easy task so I wanted to pursue an education at one of the most innovative schools there for guidance.

What are some of the obstacles you face to study in Japan?

By far, the biggest obstacle is the mental aspect of the situation. Not being able to study in Japan, which was supposed to, shape the way I learn and being separated from my peers along with reversing my circadian rhythm to attend classes is taxing. Honestly, it makes it feel unreal.

The most effective way of coping is to take a step back and not expect me to perform my best at all times. I need space to live and staying up all night in classes while sleeping the day away takes so much out of me.

Being at such a disadvantage means I’m not going to perform 100% all the time. Once you accept this, a major source of stress leaves you and you get more mental capacity for school and life.

One of the biggest problems international students face is the time zone difference. Telecommuting to Japan from the US means you have to be nocturnal and that will prevent you from doing your day-to-day routine.

Some things I do to help this is use meditation instead of napping between lectures and drink an absurd amount of coffee (heed with caution!). I’ve also been experimenting with a polyphasic sleep cycle to allow more “life” during the day. 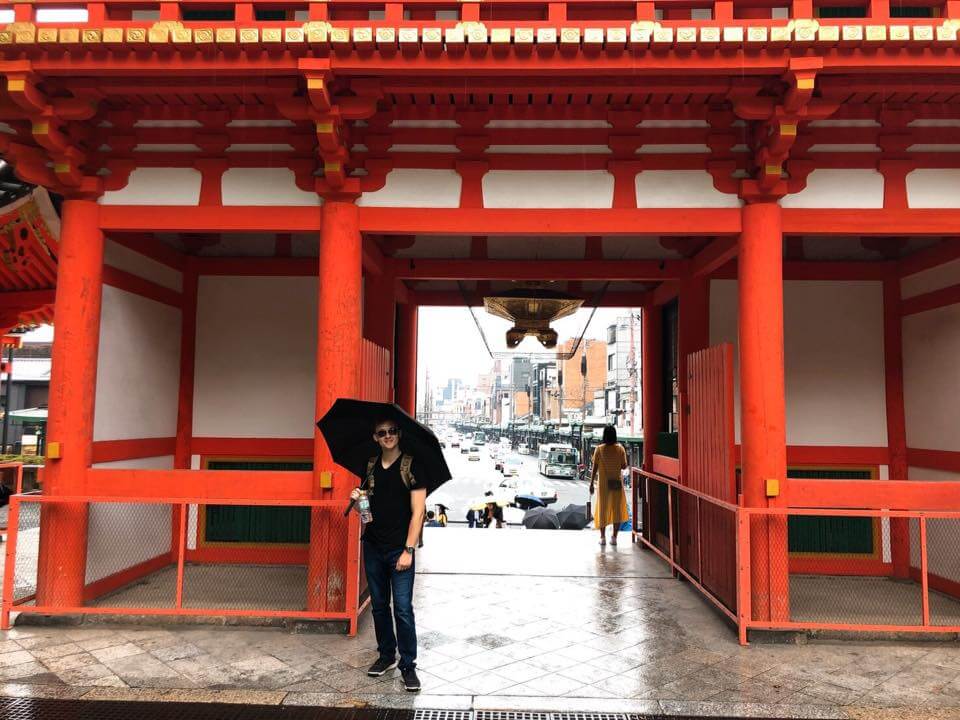 “Choosing Nagoya was a coincidence but it just so happened that the school that caught my eye was also based out of the city I love,” he says. Source: Chris

Finally, if the stress load gets too heavy, registering for fewer classes if possible isn’t a bad idea.

What do you think should be done to further help and support stranded students from Japan?

Ideally, the Japanese government should revoke their xenophobic policies and behaviours towards students. The most important thing that can be done to make this happen is to raise awareness of our situation.

This is through contacting your government representatives, current or previous unis, news agencies, organisations (like the UN, etc), which is all a massive help to all of our situations.

Currently, students who can’t study in Japan and China are not getting widespread public information. Getting that information out there is a vital step towards our victory.

I think that getting our government to move as well is important as it will force foreign governments to acknowledge what is happening and make citizens of those countries ask the most important question: “Why?”.

To make this happen, we can’t just stop at emails and letters, we must shake hands with the people who will help us. To do my part, I’m looking to file a lawsuit against the Japanese government for the sake of exposing their cruel and unethical policies that have stolen years of our lives.

Furthermore, I want to establish in-person protests (following COVID-19 SOPs) directly at the embassies of countries that are banning students here in the US. Not only for the exchange students bound for Japan but for those locked out of other countries. 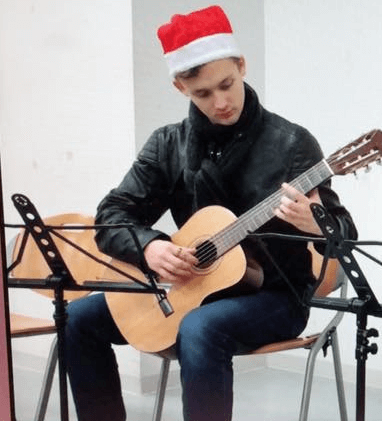 “Another major reason is that I’m engaged and I wanted to boost my career knowledge in a Japanese environment to ensure success for my fiancé and me,” he says. Source: Chris

We need to collaborate for the sake of each other so our collective messages will be far more widespread and impactful.

Do you think your uni is giving you enough support?

I have good faith that my uni is doing its best to protect its students. It’s in their best interest to get us back to study in Japan and it seems to be very proactive so far.

Right now, it’s complex for unis because of the Japanese bureaucracy that has been amplified tenfold with xenophobic policies. One thing I would think would improve our quality of life is to give more leniency due to the mental aspect when it comes to attendance policies.

I recently had to withdraw from a class due to workload, time zone, and health conflicts. Other than that, my uni has been very communicative and proactive in helping by carefully monitoring the whole situation.

What backup plan do you have on your cards?

Currently, the date to watch out for the Japan-bound exchange students is February. So, I plan to finish this semester and watch the border news up until the start of next semester.

If I’m pessimistic about the border opening at that time, I plan to postpone a semester and walk the Appalachian trail for a mental reset. If there are still no updates then, I plan to switch to a US-based master’s programme and begin building a business here for the time being in places like Hawaii or North Carolina.

Lastly, what advice would you give those wanting to study in Japan?

Keep an eye on the news from February to April, that span of time is going to be the major deciding factor for immigration to Japan. Don’t quit your job like I did and be careful with news headlines as they state the borders are open when they really aren’t

Remember how important your mental health and your time is so do your best to protect them. Most importantly, if it gets to be too much, take a step back and if you feel like you need help, please feel free to reach out to me on Twitter.

Science degrees to save the world

Making a difference with a US public health master’s degree

What it’s like to decline a scholarship to Japan