A new president, a new reason to choose US business schools

International students have borne the brunt of unwelcoming policies during the Trump administration, but the recent Biden win is being touted as a win for international students, too. It is expected to attract foreign applicants back to US business schools, where they complete postgraduate courses such as the popular Master in Business Administration (MBA).

Bloomberg Businessweek points out that business schools rely more heavily on foreign students. They make up 29.5% of the top 20 B-Schools in the US, though there is only 5.5% international representation in the entire US higher education landscape. According to the Open Doors report by the US Department of State and the Institute of International Education, international enrolments declined 1.8% even before the pandemic.

Rahul Choudaha, director of Industry Insights & Research Communications at the Graduate Management Admission Council, further illustrates this decline: in 2016, 50% of full-time MBA applicants came from outside the US. By 2020, that number had declined to 35%.

Recovering sentiments at US business schools

Postgraduate students are no longer lining up for US business schools; could that change now? Source: Scott Olson/Getty Images/AFP

The US may be a major global education hub, but it isn’t the only one. Souring foreign sentiment could cause foreign talent to look elsewhere when considering postgraduate study options. That’s why countries with friendlier immigration policies now shine brighter.

Canada leads the way here, with its popular pro-immigration stance and opening of borders to existing international students. Asians can choose Australia or New Zealand for proximity. Even post-Brexit UK appears more welcoming in comparison to Trump’s America.

Now that Biden has won, however, the wheels of change are in motion. He has pledged to reverse Trump’s ban on travellers from certain Muslim-majority countries entering the US. He wants to reinstate the Deferred Action for Childhood Arrivals (DACA) programme to support the protection and education of immigration children. Enacting these will not happen overnight and may stretch to months, even years. Nonetheless, it signals an improvement, however gradual it may pan out to be.

Hope on the horizon 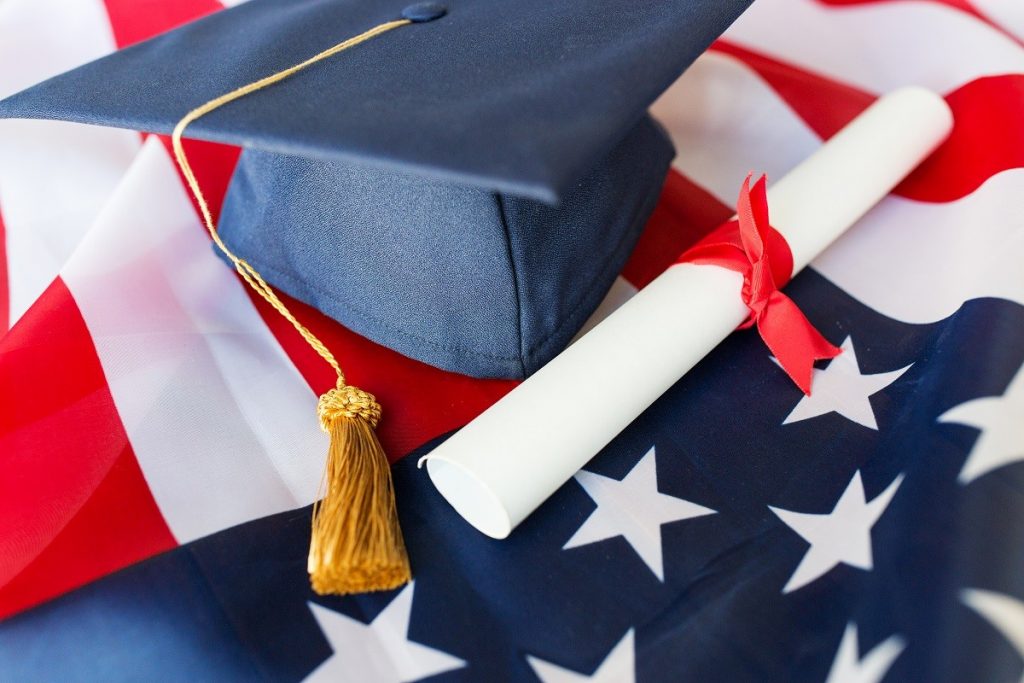 As an immigrant-turned-citizen, Isabelle Bajeux-Besnainou believes in America’s unique ability to foster freedom and innovation. As dean and professor of finance at Carnegie Mellon University’s Tepper School of Business, she knows it will be a challenge to attract international students in the midst of travel restrictions and embassy closures. International enrolments have fallen 7% this year.

In her words, “The strength of our nation has always been linked to our ability to attract the world’s top talent and, in particular, the ability to bring top brains from so many different countries to work side-by-side with Americans.”

Educators who share this sentiment and have been relentlessly rallying for a brighter future now see a glimmer of hope. “The past four years have been one of the most challenging periods in the history of our field, during which international educators have shown unparalleled strength and resilience,” Esther D. Brimmer, CEO and executive director of NAFSA: Association of International Educators said in a statement this month. “They have defended the field against travel bans, executive orders, detrimental regulatory actions and xenophobic rhetoric.”

Rich DeCapua, founding president of the Global Alliance for International Student Advancement believes now is the time for US schools to turn things around. “They can rebrand how the US is welcoming,” he says.

US colleges report a 43% decline in new international student enrolment